We've moved to the northwestern part of Calaveras County near the Town of Valley Springs and just north of New Hogan Lake to look at some older country bridges.

The Lime Creek Road Bridge across Youngs Creek was built in 1915 (98 years ago). It's a two span T girder bridge on a pier wall with cutwater ends. A fence placed on the outside of the bridge may be to prevent debris from accumulating on the deck. The bridge is composed of two, 27 ft long spans, it's on a 35 degree skew, and it has two, 10 ft wide vehicular lanes. 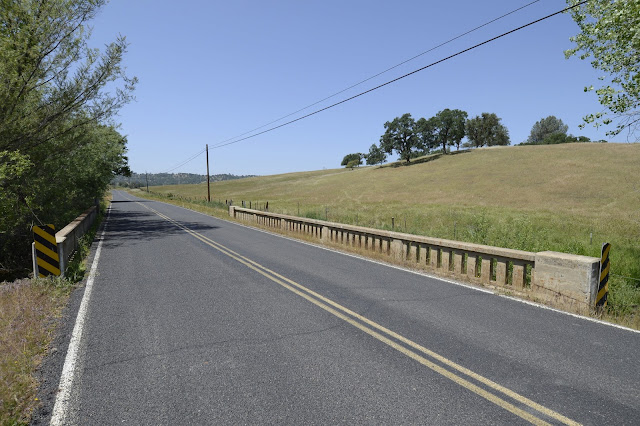