The Ione Michigan Bar (SR 104) Road Bridge (26 0050) is just south of Mule Creek State Prison (and just north of Castle Oaks Golf Club). It is a two span reinforced concrete slab bridge that was built in 1970. Like most of the other river crossings in Amador County, the top of the columns/pile extensions are covered in swallow nests. As you approach these bridges, hundreds of swallows are usually swooping around catching insects.  At least swallows are better than the bats that make their nests in bridges and carry Hantavirus. The poor bridge inspector has to put up with a variety of creatures that live under bridges including humans. 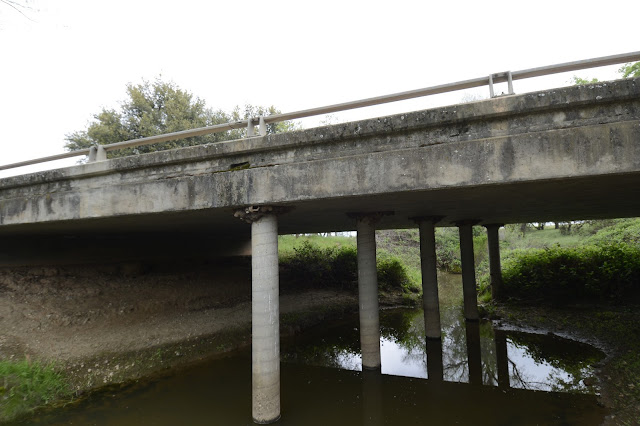 This ends our tour of the bridges in Amador County. As usual, I missed a few interesting bridges. The eastern side of California is mostly state and national forests and parks. The Forest Service usually has some nice bridges that are hard to find. Also, there are several railway river crossings that I was unable to visit.