Continuing up the Horukiru Expressway to the Yoshi Bridges,  two, long steel I girder structures on single column bents and seat-type abutments.  The bridges were being retrofit at the time of the earthquake. Expressway bridges are built with an approach slab that is pinned to the abutment backwall, but this connection broke due to the ground shaking combined with the approach settlement during the 2007 Kashiwazaki Earthquake. 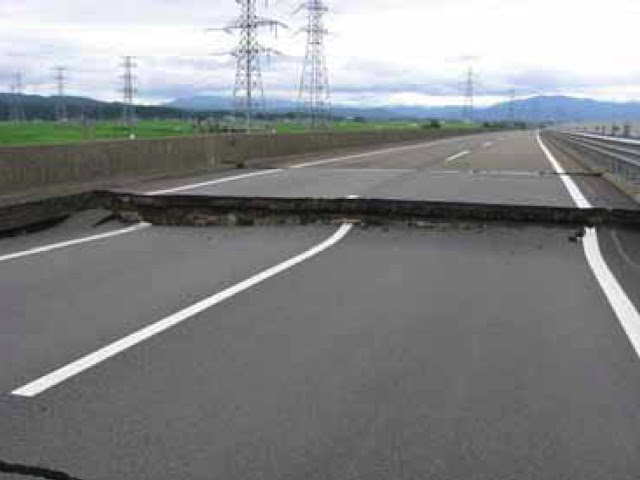 The only other noticeable damage was the grout plate that the steel abutment bearing was seated on had shattered as the steel girders banged against the steel longitudinal keys that were to limit movement. 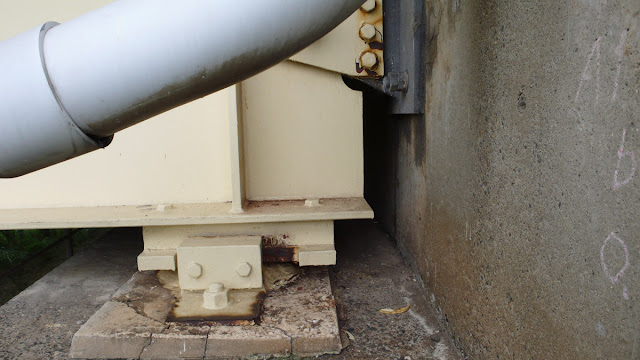 Sand was placed at the back of the approach slab and new asphalt was placed to create a gentle ramp back onto the bridge (see below). There was a lot more of this kind of approach damage on the Hokuriku Expressway and on many other roads and highways, especially where they crossed rivers. 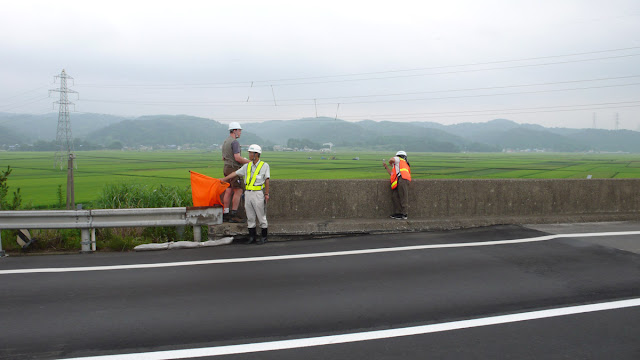 There was so much of this approach settlement damage that the expressway was closed for several days after the earthquake and still had lane closures a month later.

Niigata, Japan's Bridges: Yoshi Bridges on the Horukiru Expressway by Mark Yashinsky is licensed under a Creative Commons Attribution-NonCommercial-ShareAlike 3.0 United States License.
Posted by Mark Yashinsky at 9:00 AM