It may seem strange to shore up a bridge, remove the existing abutments and piers, and pour a new substructure in its place, but it's probably a lot less trouble then finding a place to put the girders while you rebuild. 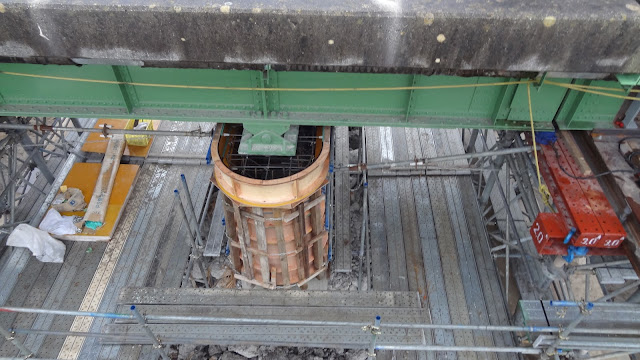 It looks like they used the existing foundations, which remained undamaged (although either they moved or the ground around them moved as seen in the photo below). 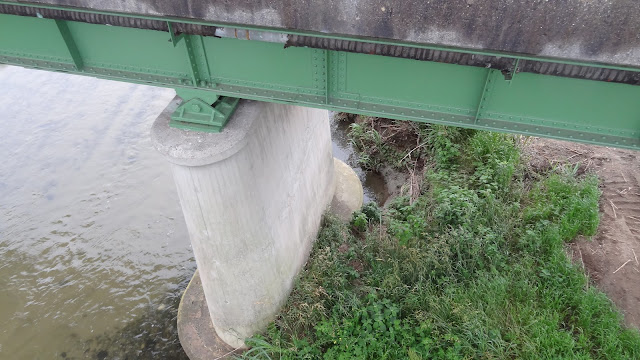 Ibaraki, Japan's Bridges: The Hatasome Bridge across the Satogawa (2) by Mark Yashisnky is licensed under a Creative Commons Attribution-NonCommercial-ShareAlike 3.0 United States License.
Posted by Mark Yashinsky at 9:00 AM