I recently flew to Corvallis to attend a meeting on bridge design criteria for tsunami loads. Since I was going to be in Oregon, I brought my camera to photograph some of the bridges across the Willamette River. I had previously photographed Willamette River Crossings during a previous visit in 2009 and I thought I'd add a few bridges that I had missed during that visit. 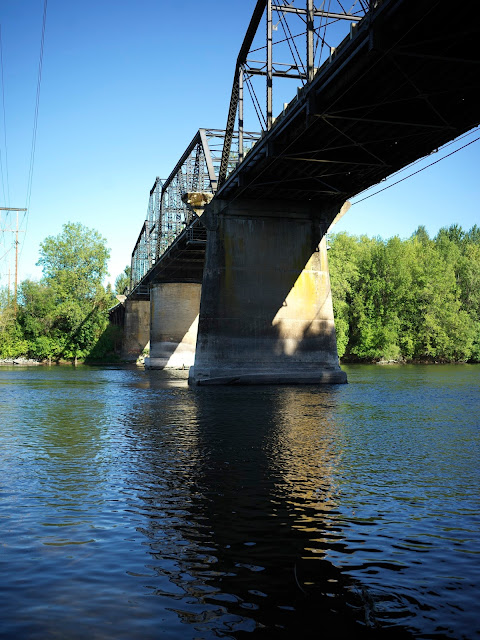 The main body of the Willamette River is 187 miles long and flows north through Oregon into the Columbia River. The Van Buren Street Bridge is a multi-span truss bridge with timber approaches and a swing span near the east bank of the river. This bridge is remarkable in a number of ways. It is the first bridge built in Corvallis to span across the Willamette (in 1913). Despite it's age, it continues to carry heavy truck traffic. It's also Oregon's last remaining movable truss bridge with pinned connections. 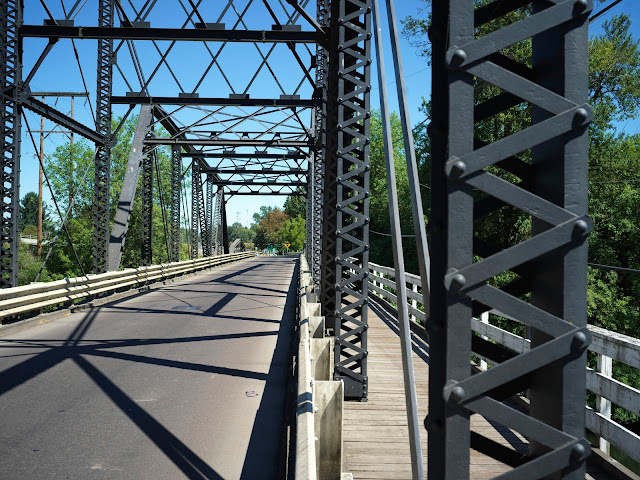 The Van Buren Street Bridge is 708 ft long and carries one lane of traffic east across the Willamette (the nearby Harrison Street Bridge carries the westbound traffic). There is also a six ft wide wooden walkway on the south side of the bridge. Starting from the east end, the bridge is composed of a long timber approach, then a pony truss span, then the Pratt through truss swing span, then a long Parker through truss span, and finally three steel girder spans (that replaced the original pony truss) and more timber approach spans at the east end of the bridge. The main spans are supported on concrete piers.
The bridge is owned by the Oregon DOT and the chief bridge engineer told me the bridge was recently strengthened but they plan to eventually replace it (although the replacement isn't currently in the budget). The old bridge will either remain in place (as a pedestrian and bike bridge) or it will be moved to a park. The east approach spans are shown below. 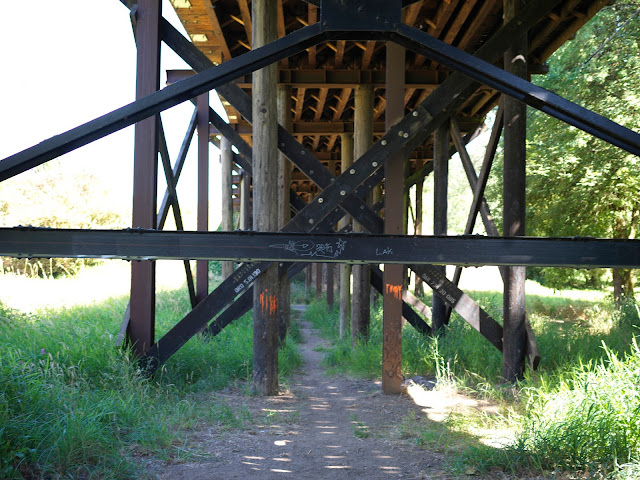 The existing bridge was fabricated in Portland and then shipped down to Corvallis where it was reassembled. The swing span required six people to turn a long wooden paddle that was inserted through the deck into a key that engaged a small gear that rotated one of two large gears that turned the bridge (one gear opened it fast and the other opened it more slowly). The last time the swing span was opened was in 1960.

Surprised (and pleased) to see this old clunker featured on your blog. When I was a boy in Corvallis, this was the crudiest part of town, but the riverside area just upstream from the bridge is now a lovely upscale park. see. http://www.corvallisoregon.gov/index.aspx?page=1207

As always, your comments are appreciated!