I thought we could start looking at the bridges across the East River in New York City with some paintings of the Queensboro (or 59th Street) Bridge. This bridge is a 3724 ft long cantilever truss that was built in 1909 and designed by Gustav Lindenthal. In the last 108 years, the bridge has been rendered by artists of many different schools. The painting above (from 1913) was done by Edward Hopper, a artist whose true subject may be urban loneliness. In the painting a house is isolated and seemingly abandoned by the bridge that towers over it. The painting is impressionistic in style with warm colors in the foreground quickly fading to cold blues. 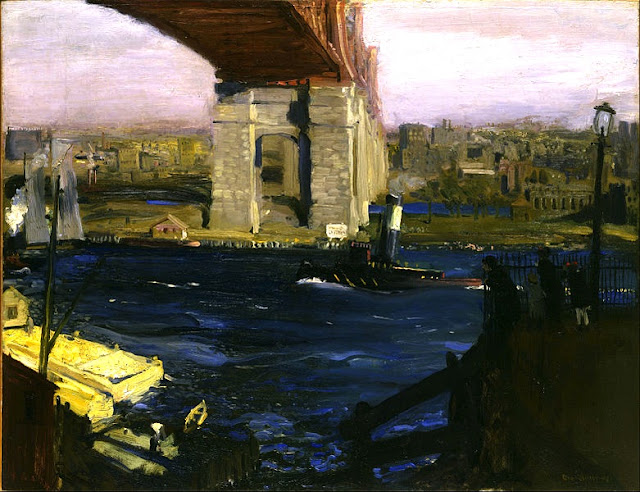 A painting by a contemporary of Hopper's, George Bellows who was considered a member of the gritty 'Ashcan School,' was done right after the bridge was built and shows a churning East River. 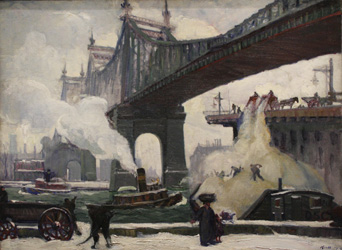 Even grittier is Leon Krull's painting of the Queensboro Bridge from 1912. It shows an equally choppy river, along with considerable human and industrial activity. 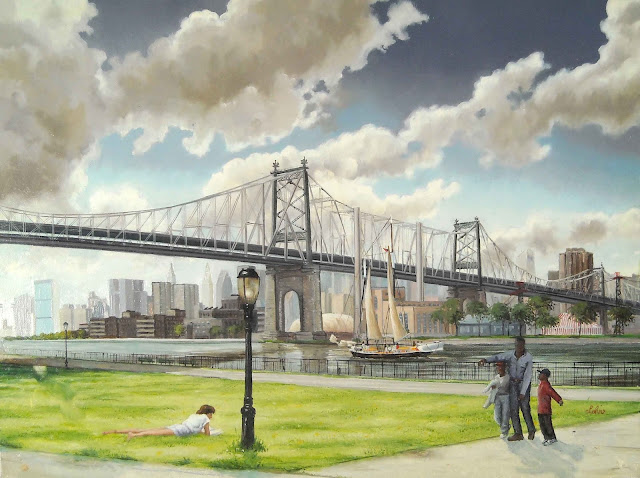 Moving forward in time it seems as though the East River has calmed down a little. The painting above is by the relatively unknown artist Tom Lohre who completed it in 1999. He painted it for a customer who traveled across the bridge every day for her job at the United Nations. I read that the figures in the foreground were later replaced with some friends of the patron.

The painting above by Anne Bancove gives a highly stylized depiction of the Queensboro Bridge through trees and foliage. This view is from the Roosevelt Island Small Pox Hospital in 2007. 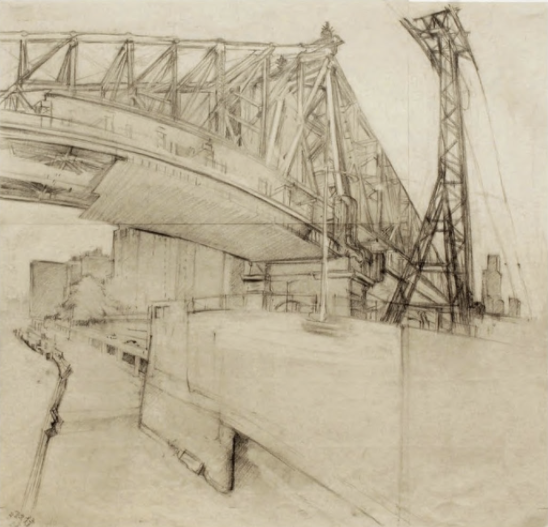 A drawing (also from 2007) by the British painter and draftsman Rackstraw Downes shows a tower of the Queensboro Bridge next to the Roosevelt Tramway and the East River Quay. 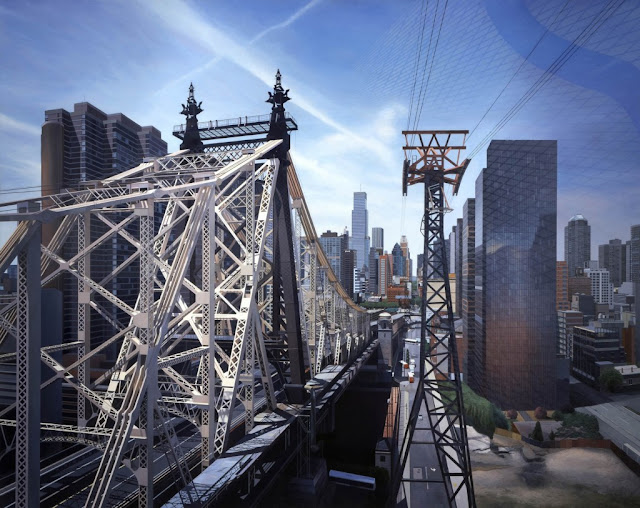 The painting above by the British Photo-Realist painter Nathan Walsh from 2009 also includes the tramway and a Queensboro Bridge tower. I read that Walsh uses hundreds of sketches and architectural drawings to begin his paintings. I imagine the viewpoint is from one of the tramcars because we can see reflections on the window.
Posted by Mark Yashinsky at 9:00 AM

Thanks for your post, I've painted Queensboro bridge a couple of times since, www.nathanwalsh.net