We studied several Salinas River Bridges in our survey of Monterey County. We drove past another Salinas River bridge just south of the border in San Luis Obispo County (on our way to the coast). The River Road Bridge (49C0444) across the Salinas River is an eight span prestressed box girder bridge on single column bents that was built in 2005. The bridge is composed of 145 ft long spans for an 1150 ft long bridge without any skew or curve.

The Salinas River is usually a narrow channel surrounded by a broad floodplain and so the River Road Bridge was designed to be long enough to span the floodplain. This bridge carries traffic from the east into the town of San Miguel just north of Paso Robles. 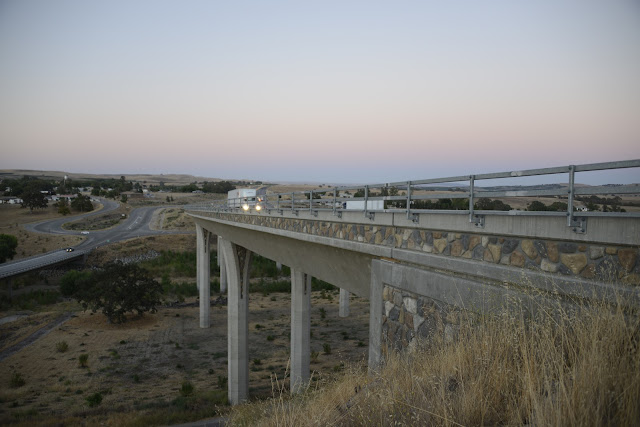 Continuing south we followed the Estrella River (a tributary of the Salinas River) until we reached two bridges that carry State Route 46 traffic just west of Paso Robles. These are prestressed, 6-span, box girder bridges that were built in 2012. Note that the Estrella River Bridges have stone decorations on the wing walls, the railing, and on the column flares.