I couldn't leave Lyon without taking some photos of Calatrava's beautiful Aeroport Gare de Lyon/Saint Exupéry. This station allows people to take a train to and from the airport. The airport was named after the children's book author and aviation pioneer who was born in Lyon. 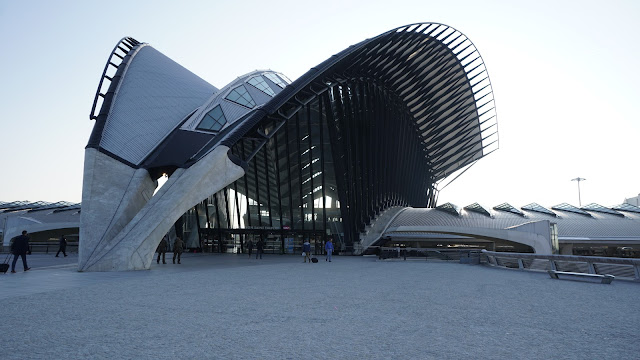 In Calatrava's conceptual sketches for this project he imitates a human eye as well as the head and the flight of a raptor. The station has such a large vertical space that Calatrava even drew the air currents that travel through his structure. 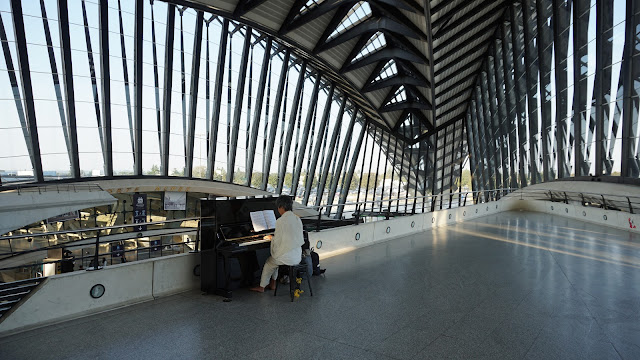 He uses steel for the soaring main structure and concrete for the train platforms on each side. Perhaps it's the bizarre nature of the modern world that there is a barefoot pianist as well as machine gun carrying soldiers inside, both of whom are largely ignored by the public. 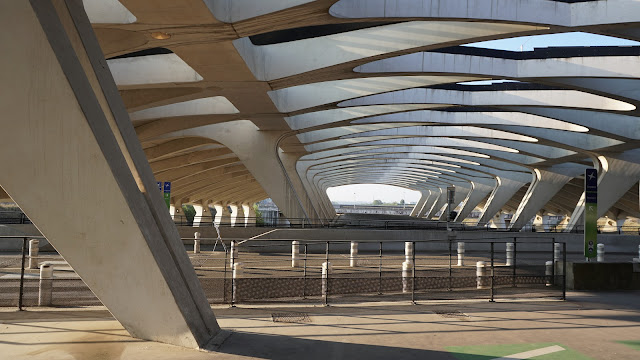 Caltrava's use of concrete reminds me of the factories and stadiums of Pier Nervi. 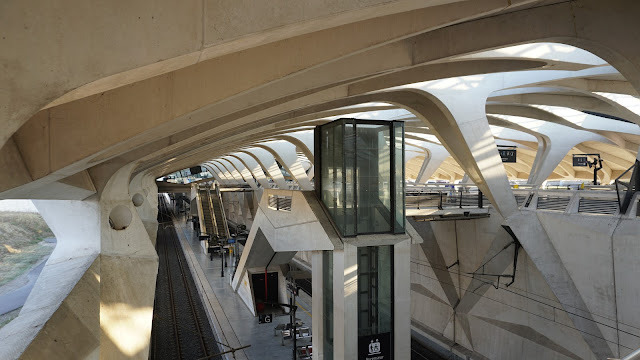 Since this is a blog about bridges, I also took some photos of the pedestrian bridge that carries people from the train station to the airport. 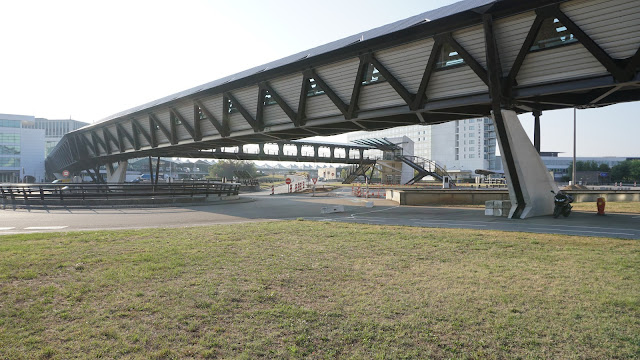