Readers may recall my mentioning that Highway 1 is slowly sliding into the sea. I've shown several examples of roads that have been turned into bridges to step over these slides. However, in February a bridge (the Pfeiffer Canyon Bridge (44 0060) on Highway 1) began sliding downhill and this part of Highway 1 is now closed. 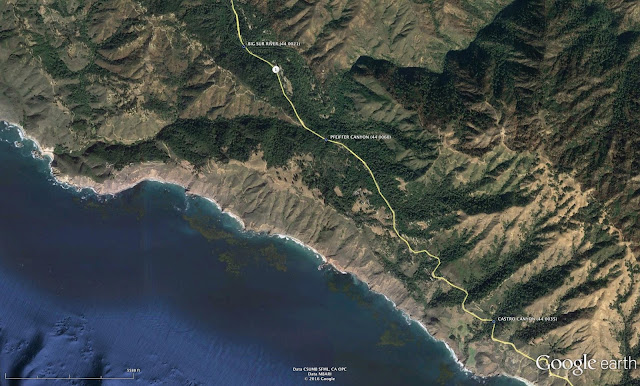 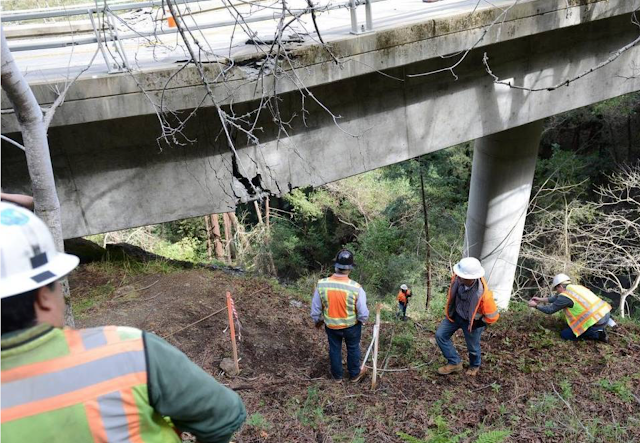 The bridge was built in 1968 and it got a seismic retrofit in 1996. However, what was done to protect this bridge from earthquakes wasn't enough to prevent it from moving once the ground that supported it started to slide downhill. 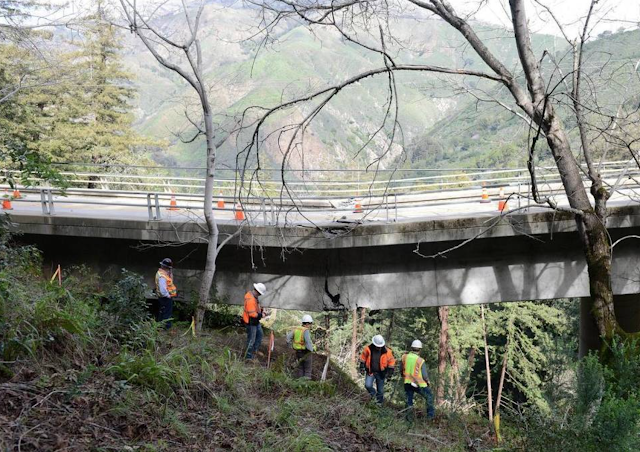 The trouble and expense of keeping Highway 1 open is perfectly illustrated by this bridge damage. The heavy rains caused accelerated sliding of the fragile slopes. There are several locations of road closure due to slides on Highway 1 on both sides of this bridge. 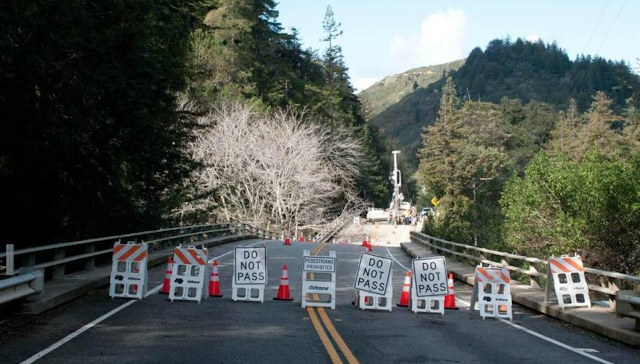 The California Conservation Corp completed a trail for residents to get around the damaged bridge which was removed in March (see photo below). 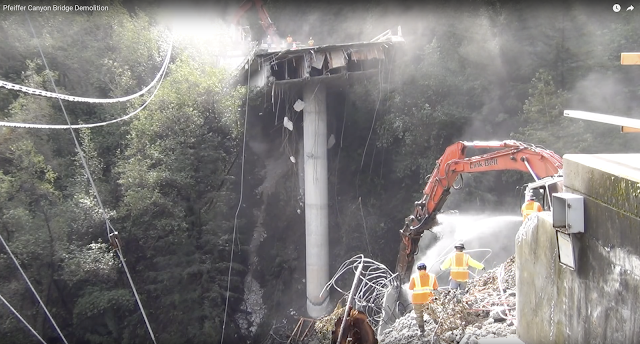 A new 300 ft long, single span, steel girder bridge has already be selected as a replacement. The long span will allow the bridge to step over the slide. The girders are already being fabricated and the new bridge will be completed by the end of September. Photos and videos of the damage and the bridge demolition are available from Caltrans and also on YouTube. 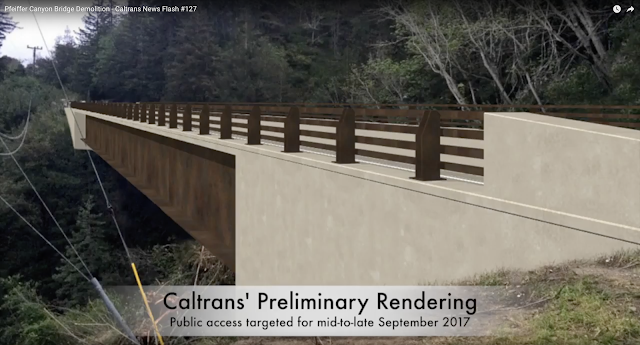