Bridges of Lyon, France: Pont Morand across the Rhone River

We continued downstream along the Rhone a few hundred yards until we arrived at Pont Morand. Because many of the bridges across the Rhone were destroyed during WWII, the river now has many modern structures. Similar to the Pont Winston Churchill, the Pont Morand (named after the architect who designed an earlier bridge) has a functional shape that matches the moment diagram of the bridge. 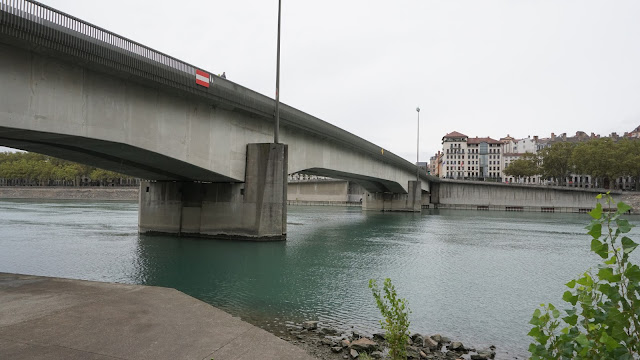 The Pont Morand is a three span 187m (614 ft) long bridge that was built in 1976. Like the Pont Winston Churchill it is composed of two prestressed concrete boxes with steel braces between them to support the deck during construction. The piers have a large shear key on the north side that seems to only function as a support for the tall light posts. 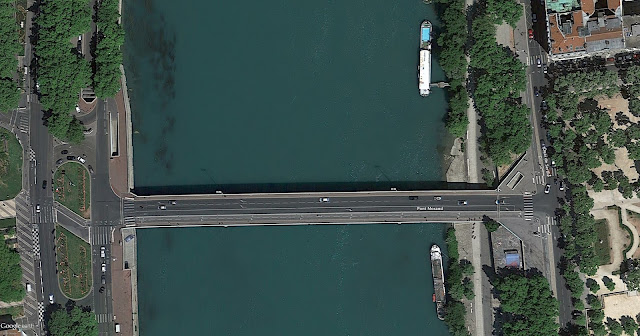 The Pont Morand that was built after the war was replaced to accommodate construction of the Lyon Metro (subway) that goes under the Rhone at this location. You can see the stairway to the subway stop on the bridge aprons at each end of the bridge in the photo above. It's strange that so many of these bridges carry roads that stop at the ends of the bridge. All of these obstacles make traffic pretty awful in Lyon, which is why so many people use the Metro. I took a train during rush hour and it was as crowded as a Tokyo subway. 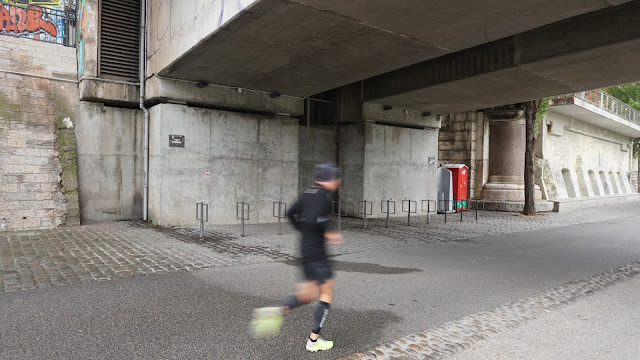 There are tall quay walls at each end of the bridge and so the abutments have narrow seats up against the subway vents. Note that at the abutments the Pont Morand is more like two separate bridges, Also note the runner going by (just as I snapped the picture). The east bank of the Rhone has more exercise fanatics than I've seen in most U.S. cities. 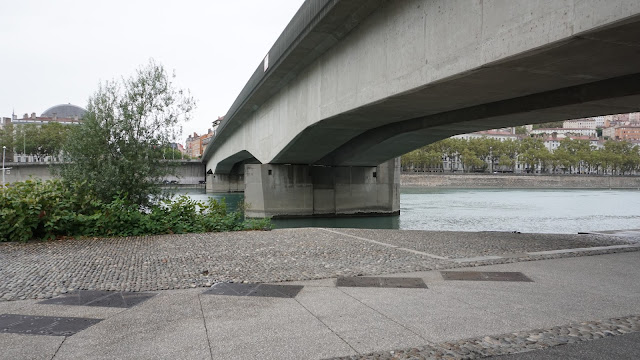 In the photo above we can see the Pont Morand superstructure resting on its haunches.The Pont Morand has a very simple appearance without the parabolic curves that we typically associate with haunched girder bridges. The roof of the Lyon Opera House can be seen above a building across the river.