A few hundred yards downstream from the Viaduc SNCF is the Passerelle de la Paix (Footbridge of Peace). The bridge connects Cite Internationale (east of the Rhone) to Saint-Clair (west of the Rhone). The idea of a peace bridge was to bring intercultural harmony between the two communities since Cite Internationale is French and Saint Clair has a large immigrant population.

The bridge project was first proposed by the Metropolis of Lyon (Grand Lyon) in 1994. A design competition was held and eventually won in 2009 by Dietmar Feichtinger (Architects) and Schlaich, Bergermann, and Partner (Engineers). Construction began in 2012 and the bridge opened in 2014. 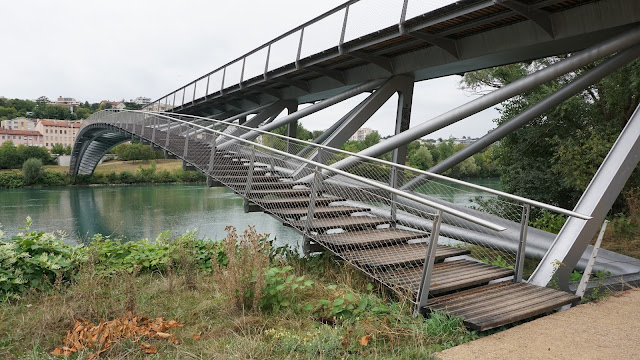 The 220 m (710 ft) long bridge is composed of two cantilever space truss sections. The bridge supports a timber deck on the top and another timber deck to the side with an asymmetric tubular steel structure. The two decks meet in the middle to form an 8 meter (26 ft) wide public space. 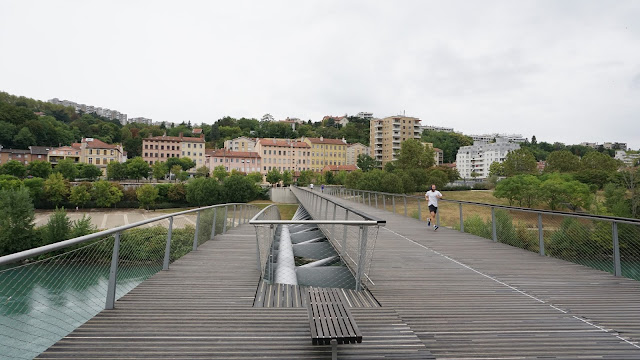 The foundations were constructed at each riverbank while the bridge was being assembled offsite. Then it was brought onsite by two barges and set in place (see photo below). Note the suspension structure that was used to support the bridge before it was placed on the foundations (photo below by Michael Zimmerman). 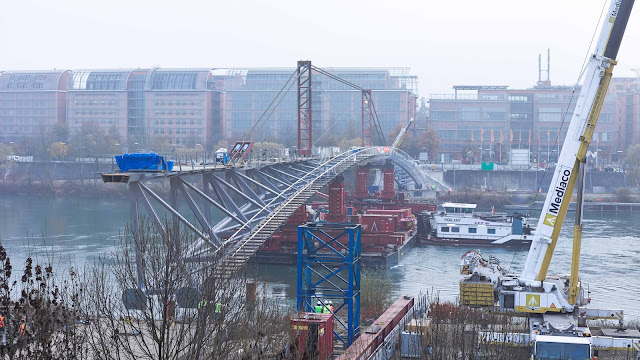