While I was wandering around trying to find access to Angel's Creek to get a good photo of the 1909 arch bridge, I came upon this timber footbridge. There was a plaque beside the bridge, which says, "Angels Footbridge was constructed in the 1890s to provide access to Angels Grammar School for children living south of Angel's Creek. The bridge washed out in the flood of 1909 and was rebuilt in 1916. After the grammar school joined with Altaville Grammar School as Mark Twain Union Elementary in 1950, the bridge was no longer needed. When it was condemned in 1966, a community campaign was organized to save it. When it needed to be restored again, Ruby Parlor #46, Native Daughters of the Golden West donated the money to rebuild it in 1995." 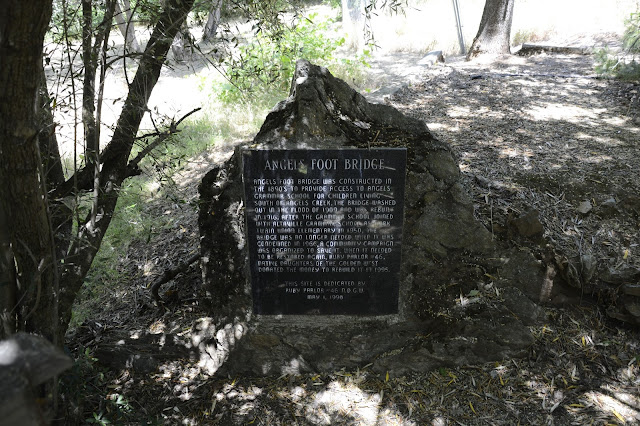