A few last photos of the Camp 9 Road Bridge.  A long paper was written by the US Bureau of Reclamation (USBR) about the the Old Camp Nine Bridge, which was a little upstream of the new bridge (see map below). 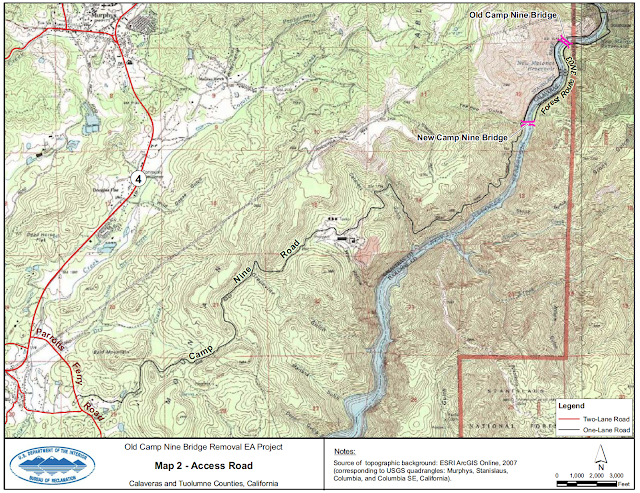 According to the USBR report, "The original Old Camp Nine Bridge was constructed around 1907. It is speculated that the bridge was originally built to service the town of Camp Nine, which once stood where the Stanislaus Powerhouse is now located. The bridge was constructed of steel with wooden trusses. The bridge was substantially modified for use during construction of the new Stanislaus Powerhouse in 1961. Engineering drawings indicate that the bridge was updated with a new deck, approaches, and braces; and the main span was reinforced. Hand-laid rock walls, which have been determined to be eligible for listing under the National Register of Historic Places (NRHP) are present on both sides of the bridge. The New Melones Dam was built in the early 1980s. Initial filling of the reservoir began in 1983. A new bridge was constructed by the U.S. Army Corps of Engineers (USACE) approximately 1 mile downstream from the old bridge and turned over to PG&E as a replacement for the Old Camp Nine Bridge. The Old Camp Nine Bridge was abandoned with the construction of the New Melones Reservoir, and the new bridge is the current access over the Stanislaus River to Former Forest Route (FR) 3N03. From the new bridge, Camp Nine Road was realigned on the west side of the river to access the Collierville Powerhouse at Clarks Flat as part of the North Fork Stanislaus River Project that was constructed between 1985 and 1990." 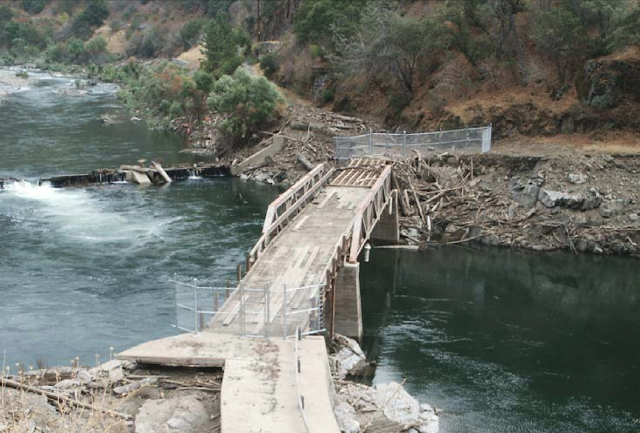 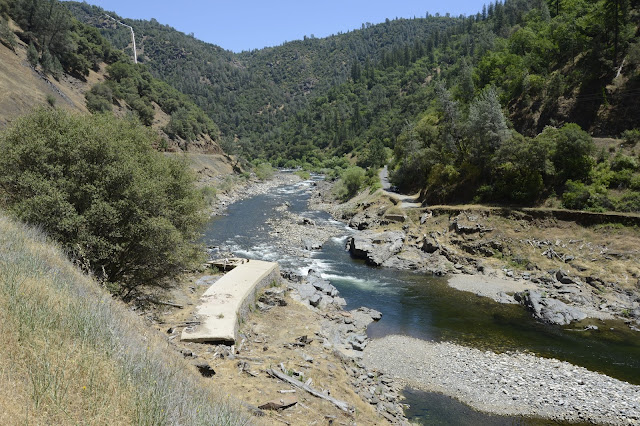 The New Camp Nine Road Bridge is a continuous three span steel girder bridge on tall reinforced concrete piers built across the Stanislaus River by the USACE in 1973. We have entered the Sierra Nevada Mountains and the river has become a rapids about seven miles upstream of the Parrot Ferry Road Bridge and the New Melones Reservoir. 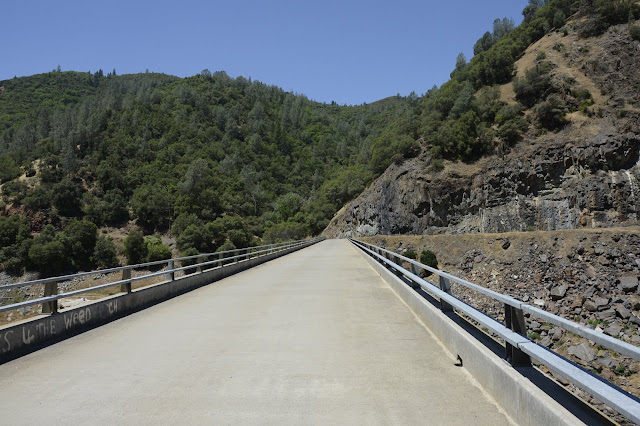