The city of Angels Camp was named after Henry and George Angel who set up a trading post here. The city became famous after Mark Twain wrote a story about a frog jumping contest that he claimed he heard about at the Angels Hotel. There are several old bridges in Angel's Camp, although none as old as Mark Twain's tale. 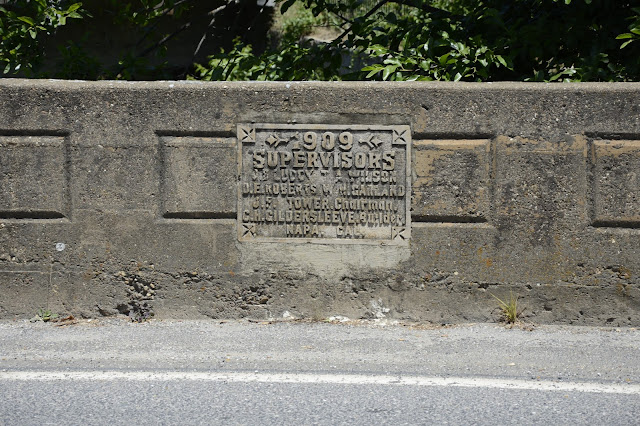 The Angel's Creek Bridge (30 0019) was built in 1909 and carries State Route 49 across the creek. It's a 48 ft long closed spandrel arch bridge, but it's called a Luten Arch after the designer, Daniel B. Luten. It seems like bridge patents at one time were like software patents are now and so David had 30 patents and claimed to have designed 17,000 bridges. 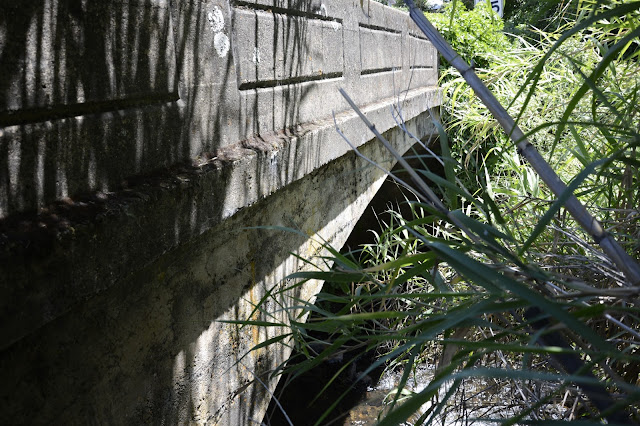 Private property and heavy vegetation are so tightly packed along the creek, that I could barely get in to take a photo of the arch. 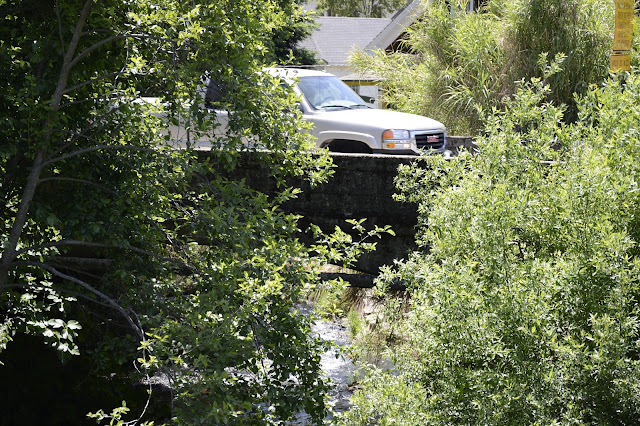