The Amador Creek Bridge (49 0043) is a four span prestressed concrete continuous box girder structure that passes high above tiny Amador Creek. This bridge was built in 2007, which made me wonder how people crossed the river in 2006? It appears (after looking at Google earth) that they must have driven over the river on Old State Route 49 (to the east) before this new highway was built. 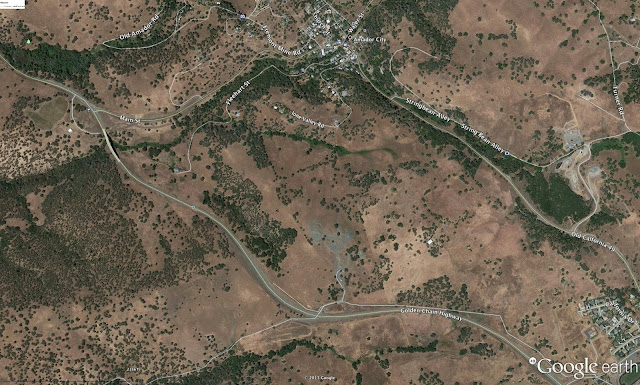