Another view of the State Route 124 Bridge over Dry Creek. They say the bridge was rebuilt in 2007 but I can't tell what's new and what's old. I was thinking that the reconstruction might be a seismic retrofit. For instance, the deck is in three pieces while the girders are continuous. Also, the girders are cast into the abutment backwall instead of being supported on bearings. The bent cap is also odd with separate pedestals below each vertical girder stiffener. Surely these pedestals must have supported the girder ends when they were simple spans? 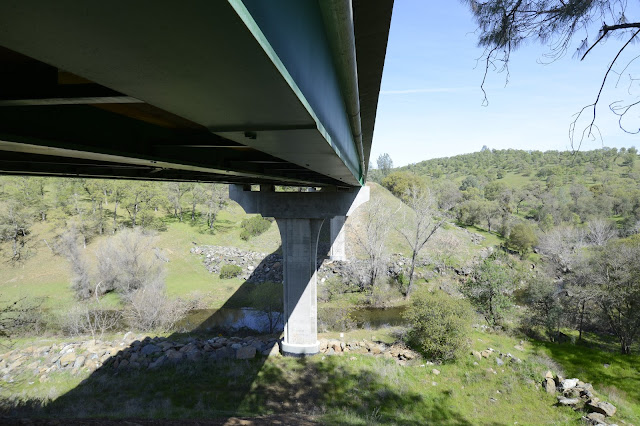 However, if parts of the bridge are new and other parts are 48 years old it's not noticeable. The whole bridge looks pretty new. The deck looks kind of old, but decks show the most wear and this one is full of patches due to irregularities during construction.