Here's the view of the deck of the Foresthill Bridge. The contractor (Golden State Bridge) is using the eastbound lanes for their equipment and allowing two way traffic on the westbound lanes (at a reduced speed). I believe the bridge has a new, wider deck. In the Google earth photo taken in June (shown below) there is a big gap between the two decks. 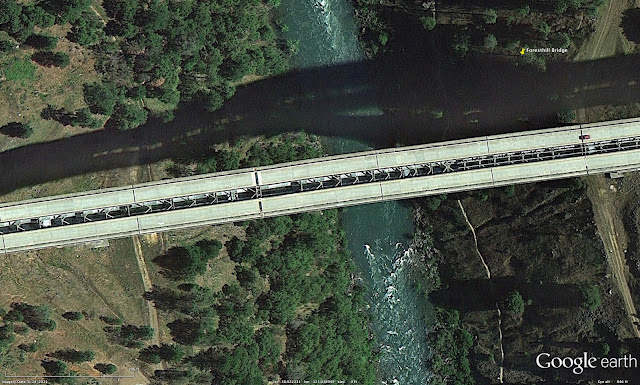 In the Google earth photo taken a couple of weeks ago, the gap is filled in on the north side while it's still being used to allow workers and equipment under the deck on the south side. Also, in these two photos we can see that the bridge actually crosses the North Fork of the American River, which is running much higher in June than in the end of October. 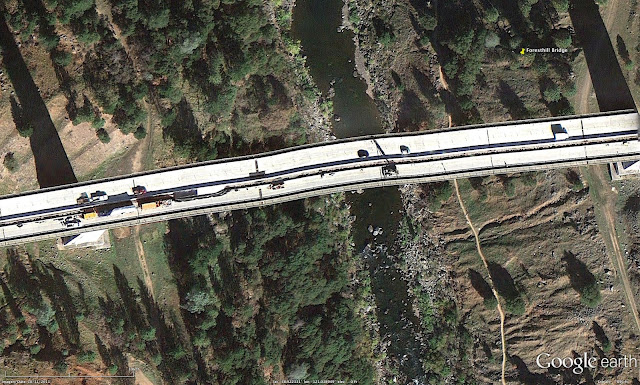 Placer County, California Bridges: Foresthill Bridge across the North Fork of the American River (6) by Mark Yashinsky is licensed under a Creative Commons Attribution-NonCommercial-ShareAlike 3.0 License.
Posted by Mark Yashinsky at 9:00 AM