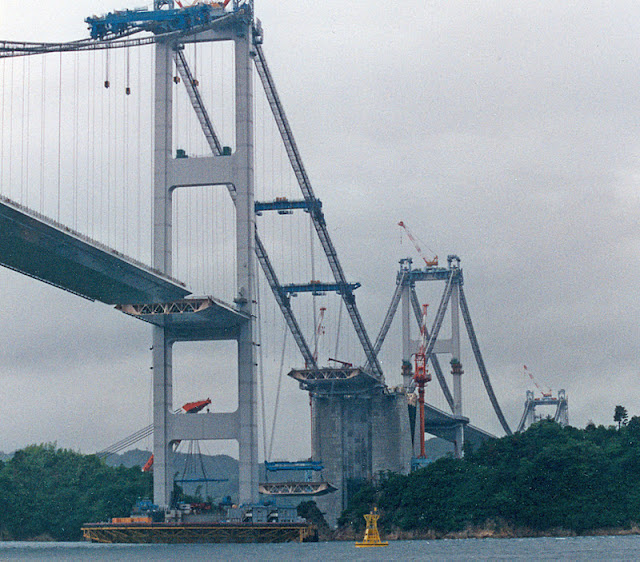 The Kurushima Bridge was designed so that some of the back spans (spans 6, 7, and 9) were supported on piers rather than from the suspension cables. These spans were incrementally launched from the anchorages onto temporary steel platforms. A week before we visited the bridge, they were dismantling a platform when it suddenly slipped from it's cables, sending seven workers to their death. After the accident, the platform lowering system was replaced using ground-based cranes.

Unfortunately, it sometimes takes an accident before improvements can be made. A safety commission conducted a study of the accident and made recommendations to improve the safety of this widely used incremental deck launching system.