After leaving Coajomulco, we continued north on Highway 95D to the newly constructed Viaducto Tlapan in southern Mexico City. The government really must like these elevated expressways (maybe because of the tolls they collect) and almost every highway in Mexico City now has a viaduct in the median. I wrote about the construction of these viaducts and the documentary film they inspired in a previous blog.
When we stopped at the viaduct to take photos, the highway police came over to talk to us. They were very nice (as were all the police and soldiers that we met) and they allowed us to continue shooting. We asked the police if this long viaduct had been damaged during the recent earthquake. They said they did a complete inspection following the earthquake and didn't see any damage. The one thing they did notice was that water began leaking out of the expansion joints at the ends of the spans after the earthquake. I think the reason for this is that they never completed the drainage system on the viaducts for some reason. Water that had accumulated inside the box girder supertructure was finally able to escape due to shaking during the earthquake. 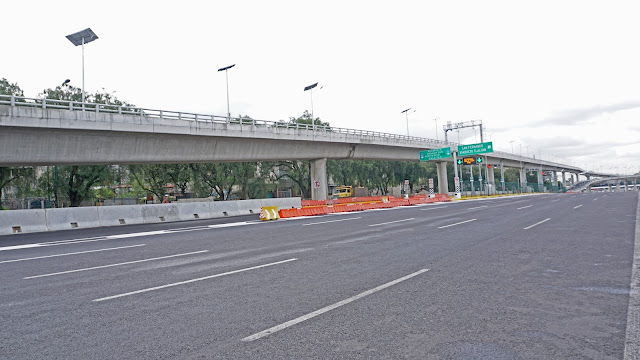 The viaduct is composed of spans that cantilever over single column bents with a seat for the next span at the end of the cantilever. In this way a 20 km long viaduct is created (see photo above). This simple pattern is modified as required due to a variety of structures crossing the highway (see photo below). 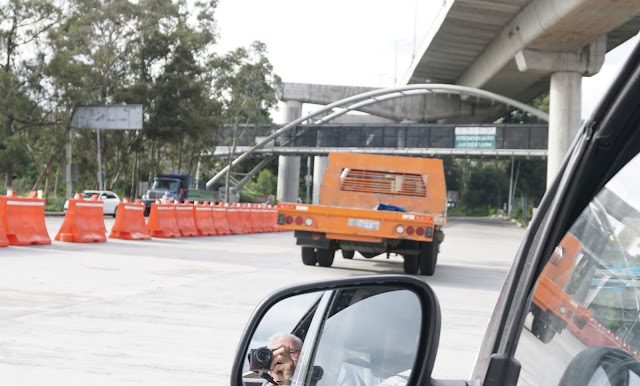 I also wanted to mention the beautiful views on the east side of the highway at this location. Mexico City is at an elevation of 7000 ft with volcanoes encircling the city such as Volcan Guadalupe shown in the photo below. 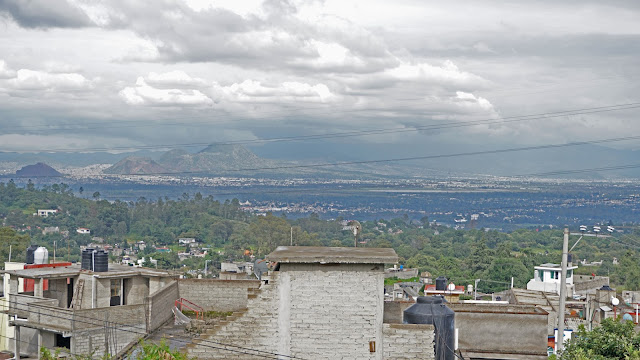