About 10 km to the northeast of the Tlapan Viaduct is another viaduct that carries light rail trains. The Metro Viaduct is about 20 km long, it was recently built, and it had some surprising damage during the 9/19/2017 earthquake. 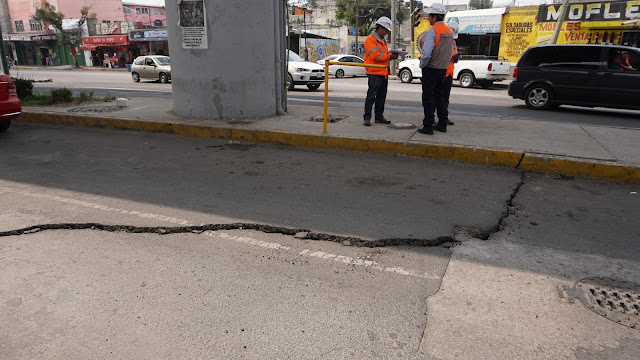 The Metro Viaduct has a two steel girder superstructure (and three girders at the elevated stations) supported on single column bents. At the first site we saw evidence that a column foundation had rocked during the earthquake (above photo). Looking up at the superstructure we could see damage resulting from this movement (photo below). Steel keeper plates had busted out of the bent cap during the earthquake (although still restrained by the reinforcement). Also note the vertical slot in the column, meant to hold a drainage pipe. Like the previously studied Tlapan Viaduct, the drainage for these viaducts was never built. 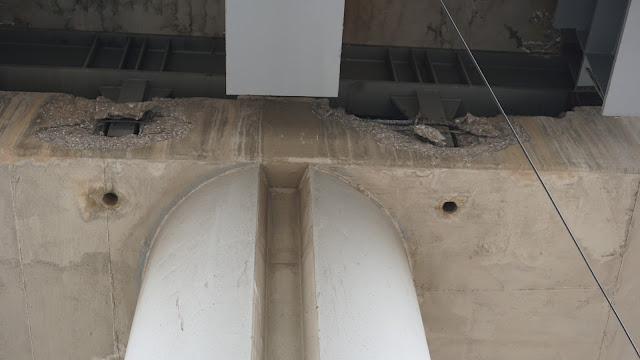 Walking west along Avenue Tlahuac we continued to see signs of banging between the simply supported steel girder spans and the reinforced concrete bent caps (see figure below). However a few hundred meters to the west we saw some surprisingly serious damage. 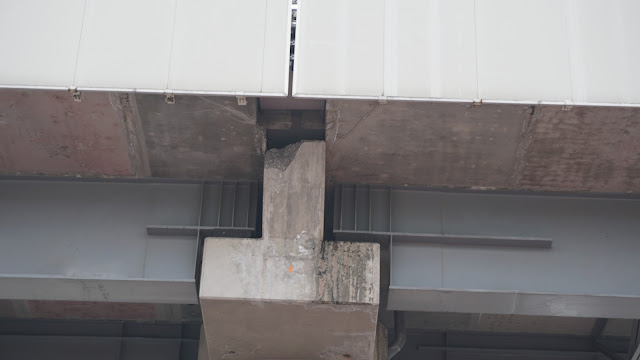 At this location the column didn't rock because the column base was weaker and broke instead. After the earthquake the superstructure was supported on steel shoring while engineers made plans to repair the column. 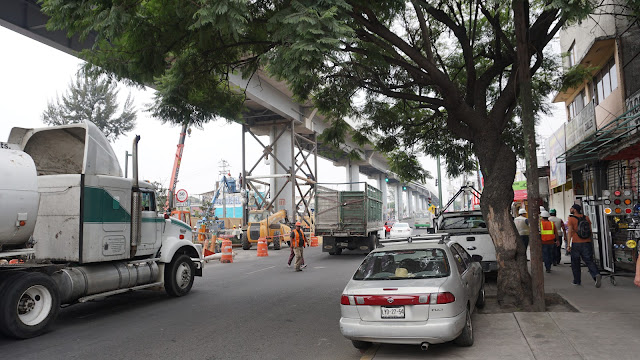 In the photo below we can see that not only had the column's cover concrete spalled off but the cracks extended into the core concrete. Looking at the damage, we noted the lack of transverse reinforcement in the column. Also, the main column reinforcement had bundled bars with splices, which shouldn't be located in the plastic hinge zone.  Fortunately the viaduct didn't collapse at this location. However, there was only moderate shaking in Mexico City from the 9/19/2017 earthquake. Imagine the damage that could occur if strong shaking were to occur. Even with only moderate shaking, about 40 buildings collapsed. 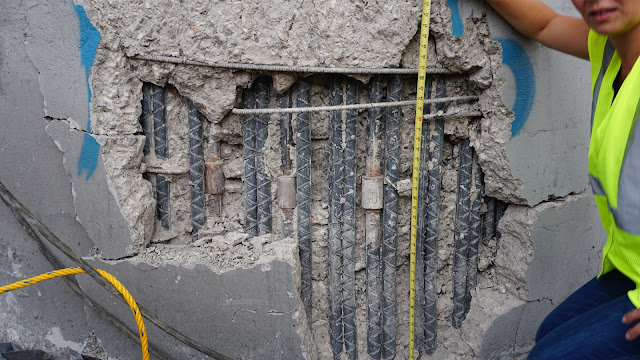