The National Railway (SNCF) is an important means of transportation in France. In the Google earth photo below we can see several railway lines (in black) all converging at Perrache Station in Lyon. 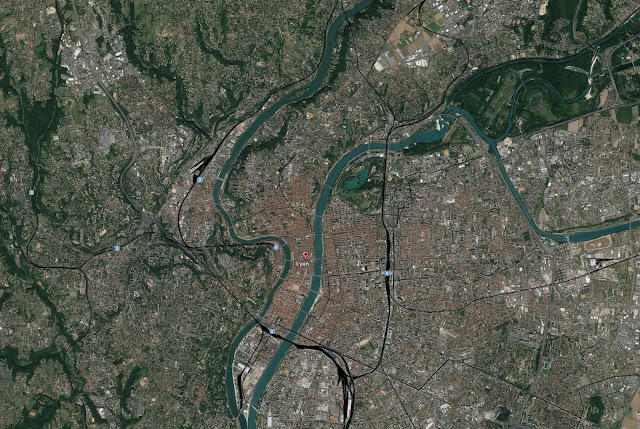 The tracks switch from at-grade crossings to viaducts in the hills west of Lyon. I tried to find a location where I could photograph a long viaduct but without much success. The heavy vegetation around Francheville meant that I could only glimpse segments of the viaduct that go over the roads. 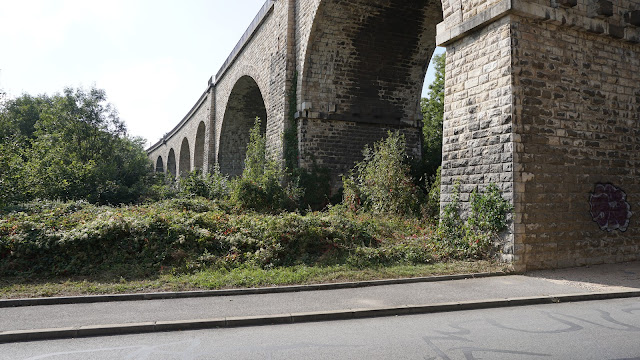 These viaducts are reinforced concrete arches covered in brick to resemble the nearby Roman Aqueducts and include details such as the imposts (the protrusions around the piers) where the formwork for the arches sit. 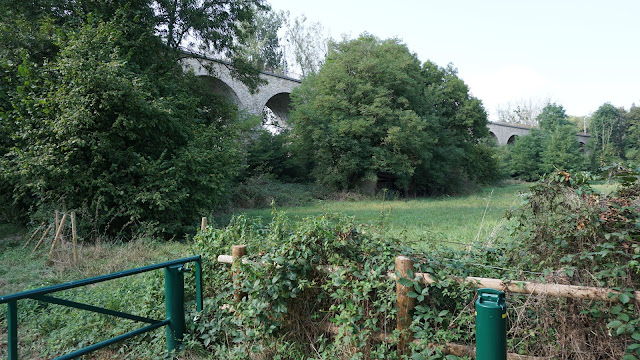 I couldn't find any information on these railroad viaducts. I wonder if they are earth-filled closed spandrel arches? They look like structures built at the beginning of the 20th century. Railroad viaducts in the U.S. might be timber or steel trestles but in France it's apparently more economical to build brick-covered arches. 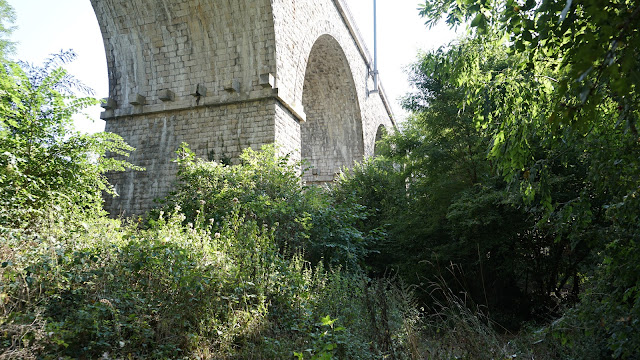