The Salinas River is one of the few bodies of water in California that flows northward. It starts in San Luis Obispo County and ends in Monterey Bay. During high-water flows, the river can be several hundred feet wide and requires long bridges to span it. Over the next few weeks we'll study some of the long Salinas River Bridges.

We begin our study at the north end of the river just before it empties into the Pacific. The Monterey Branch of the Southern Pacific Railroad opened in 1880 and served the canneries, packing houses, lumberyards, and army bases along the coast. It also provided a luxurious passenger train service between San Francisco and Pacific Grove, the 'Del Monte.' More information on this abandoned rail line is available online. 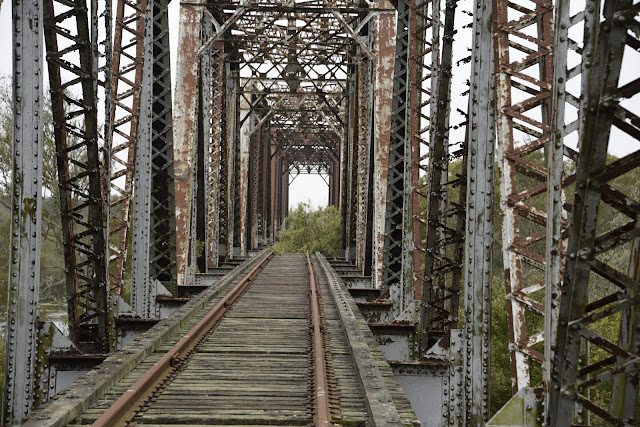 The Union Pacific Salinas River Bridge is a five span Warren truss structure (built with rivets) in the town of Neponset. It's 718 feet long with a 142 ft long main span. It's only 14 ft wide and sits on  broad concrete piers. 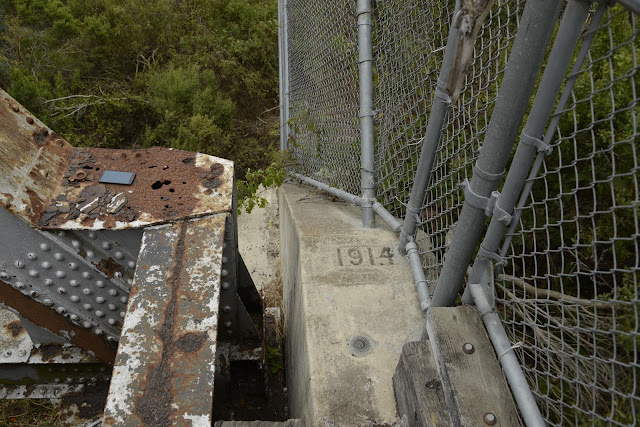 This abandoned bridge has been severed from the surrounding railroad tracks with fencing (which I had to climb over). There it remains, slowly rusting until it is either removed or the railroad line is put back in use.