We pick up the Salinas River again in the town of San Lucas about 40 miles south of Chualar. The (Lockwood) San Lucas Road Bridge (44C0007) is a six span, 870 ft long truss bridge that was built in 1915. The west end of the bridge is composed of two pin connected Pratt truss spans (see photo below) and the east end is composed of four Warren truss spans (see photo above). Perhaps the older looking Pratt trusses were the original design from 1915 and the newer looking Warren trusses were added as part of the rehabilitation in 1960? Actually, that makes little sense since the bridge has to be at least four spans long to cross the river. Note that the bridge is a single lane, which means you need to be sure a driver on the other side of the bridge is going to wait before you set off across this long structure. 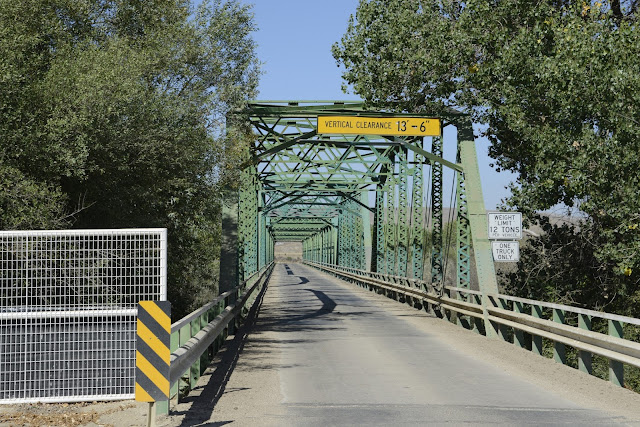