Today's bridge is so long and narrow, it looks like an optical illusion. Its deceiving appearance may be due to it crossing the river at such a high skew. Also, the reflections of the clouds makes it look somewhat ethereal. For all these reasons, if you search for Los Angeles River Railroad Bridges on the internet, this is the bridge you are most likely to find. The Union Pacific Salt Lake Railroad Bridge is a seven span through Warren truss bridge on short concrete pier walls that was built in 1930. It crosses over the Los Angeles River and then immediately ducks under the Long Beach Freeway at its east end and then goes over the Rio Hondo. 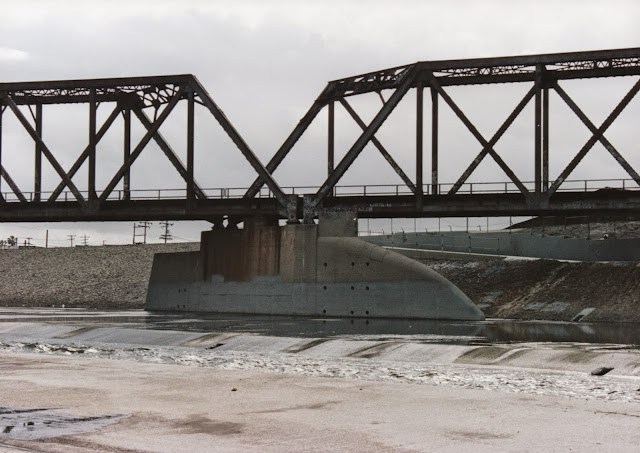