Atlantic Boulevard continues south of downtown and crosses the Los Angeles River a second time in Compton. At this location it's a 15 span continuous T girder bridge that was built in 1937. The second Atlantic Blvd. Bridge (53C0185) looks almost new when compared to the photo below that was taken just after it was built (courtesy of the USC Library). 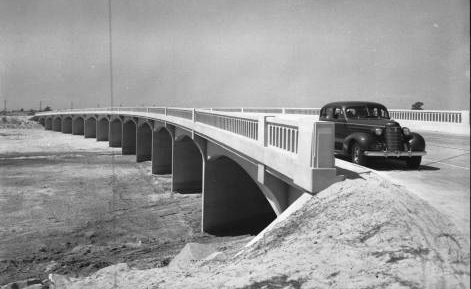 Today, the bridge has enormous cutwaters on the upstream face and the river has become a concrete channel. However, even in the 1930's the river was very wide to handle all the water that accumulated as it traveled south. 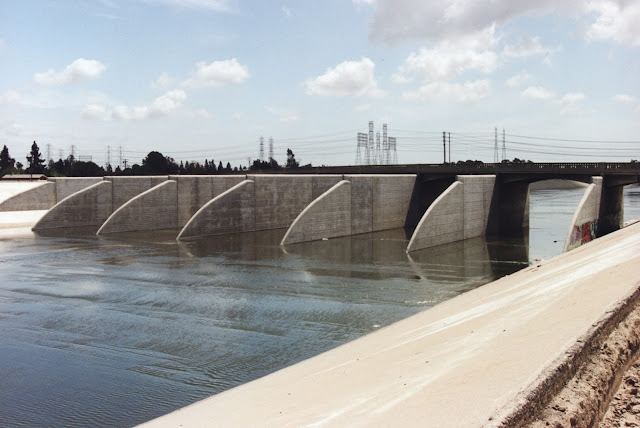