On October 30, 2007 a M5.6 earthquake occurred seven miles east of the city of Milpitas. Large ground motions at spectral accelerations of 0.3 seconds (see Google earth photo below) enticed us to drive down to look for bridge damage despite the small magnitude of this earthquake. 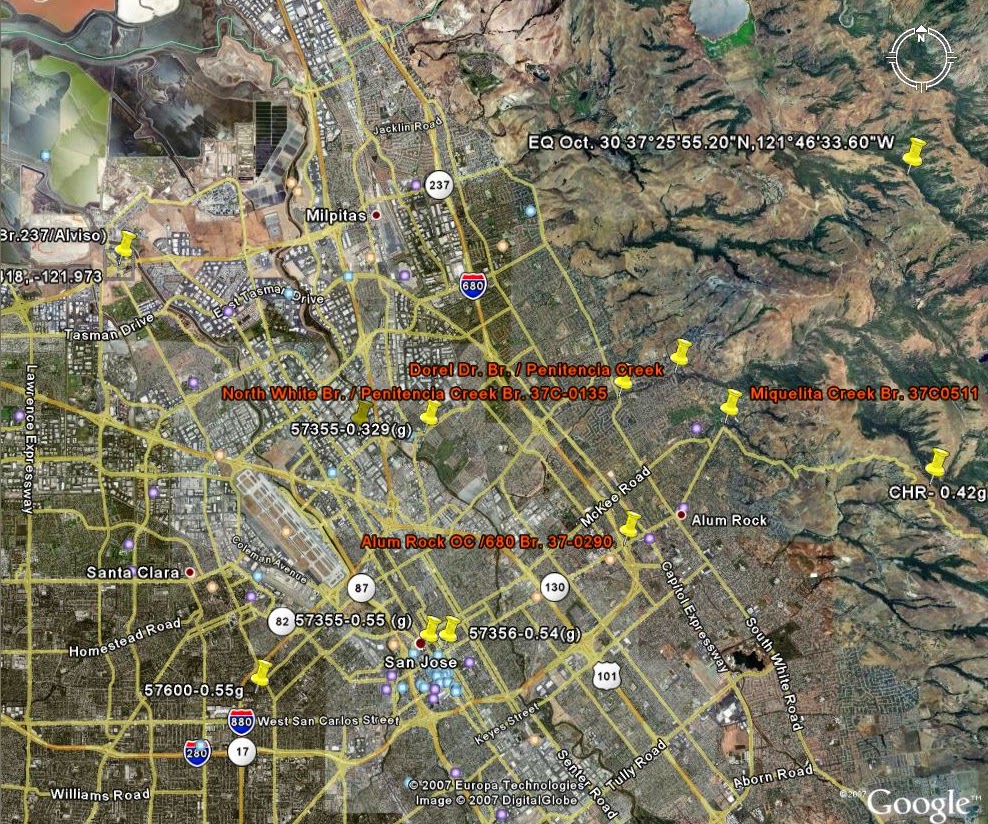 The first bridge we investigated was the Alum Rock OC (37 0290), a two span concrete box girder bridge on a two-column bent that carries city traffic over I-680. We did see some moderate movement at the abutments (see photo below) but no significant damage. This is because two span bridges are restrained from moving by the large embankments behind the abutments. 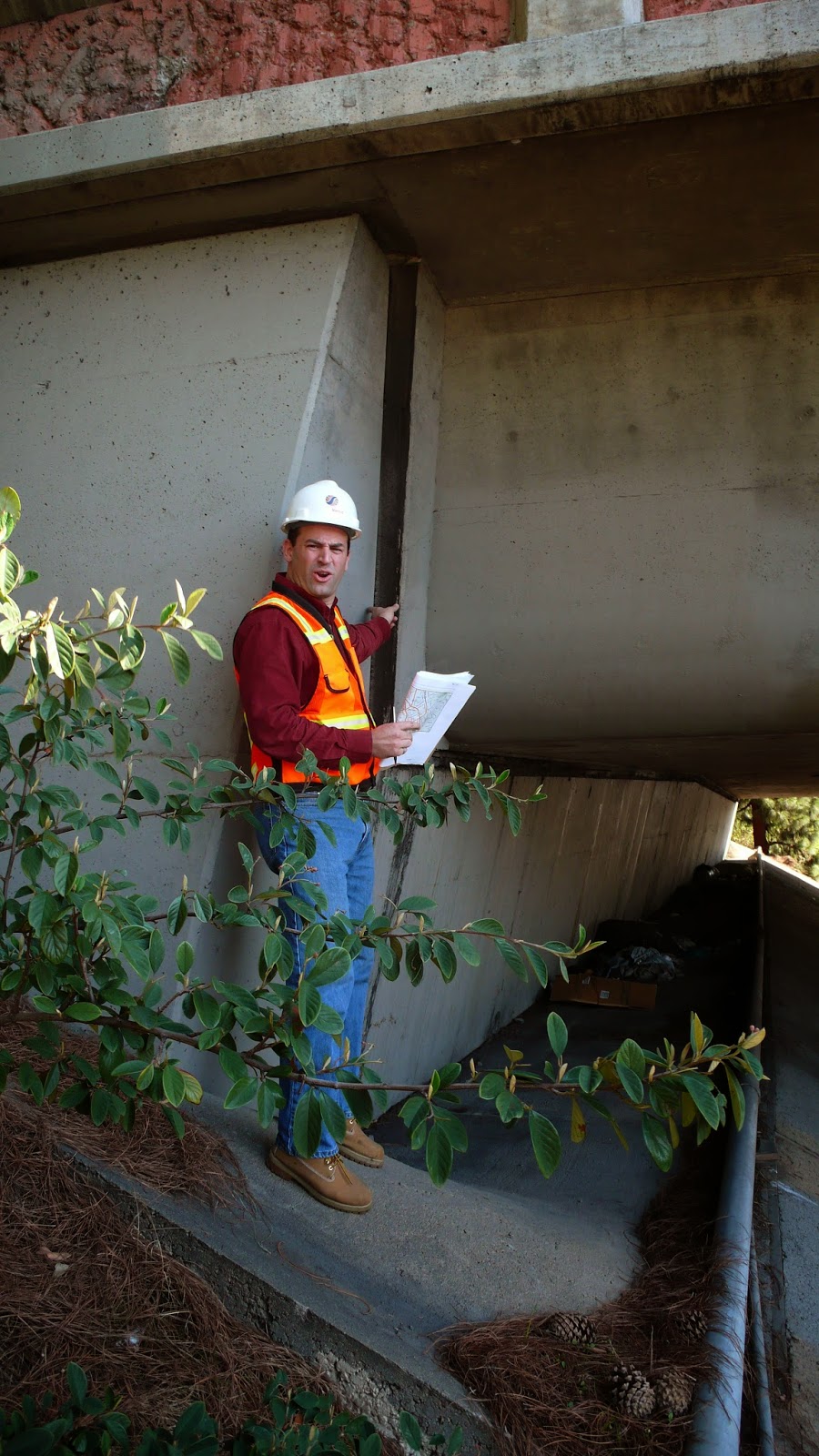 Santa Clara County, California Bridges: Alum Rock Overcrossing across I-680 by Mark Yashinsky is licensed under a Creative Commons Attribution-NonCommercial-NoDerivatives 4.0 International License.
Posted by Mark Yashinsky at 9:00 AM