It's about four miles north from the Spanish River Bridges to the Linton Boulevard Bridge in Delray Beach. Maybe that's why the bridge carries over 20,000 vehicles a day. Still, that's a lot of traffic for a seven mile long road that's blocked by the Loxahatchee Swamp to the west and by the Atlantic Ocean to the east.

The Linton Blvd. Bridge is a 1,388 ft long structure that was built in 1981. They call it a single bridge but it's 102 ft wide with two parallel leafs that open independently. According to the Uglybridges Website, the bridge provides about 26 ft of vertical clearance over the channel in the closed position and a lot more clearance near the east side of the channel at low tide (the bascule pier is on the west side of the channel).

Like the previous bridges, the Linton Blvd. Bridge has long approaches that gradually raise the bridge over the channel. However, this bridge is supported on pile caps and it has just single bascule leafs that provide 90 ft of lateral clearance. 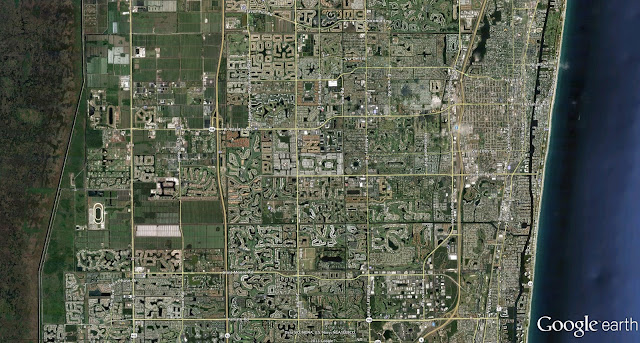