Three Hugo Abt designed bascule bridges carry the BNSF Railway across rivers in San Joaquin County. The Woodward Island Bridge across the Old River was studied in February and can be seen (in the distance) in the photo above. The Bacon Island Bridge across the Middle River will be studied today. We'll look at the 3rd Hugo Abt Bascule Bridge over the San Joaquin River next week. 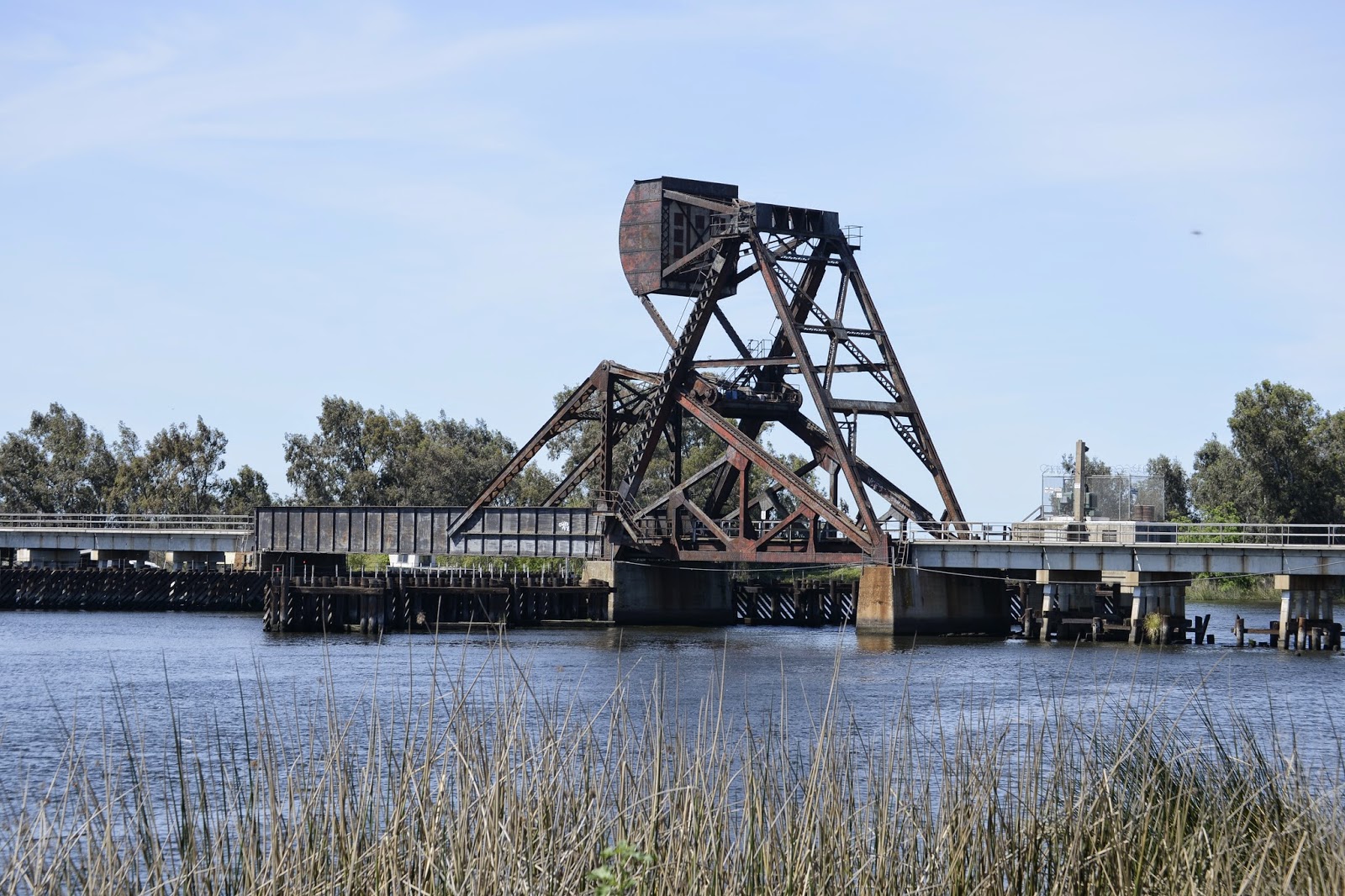 On an Abt bridge, a large weight is suspended from a tall steel truss. As the weight swings down, a shorter truss folds, which lifts up the adjacent steel girder span.  A photo of an Abt bridge in the open position is provided by the HistoricBridges Website.
According to 'Movable Bridge Engineering,' the vertical clearance for the Bacon Island Bridge is 11 ft in the closed position. However, whether this bridge is still being opened is questionable. 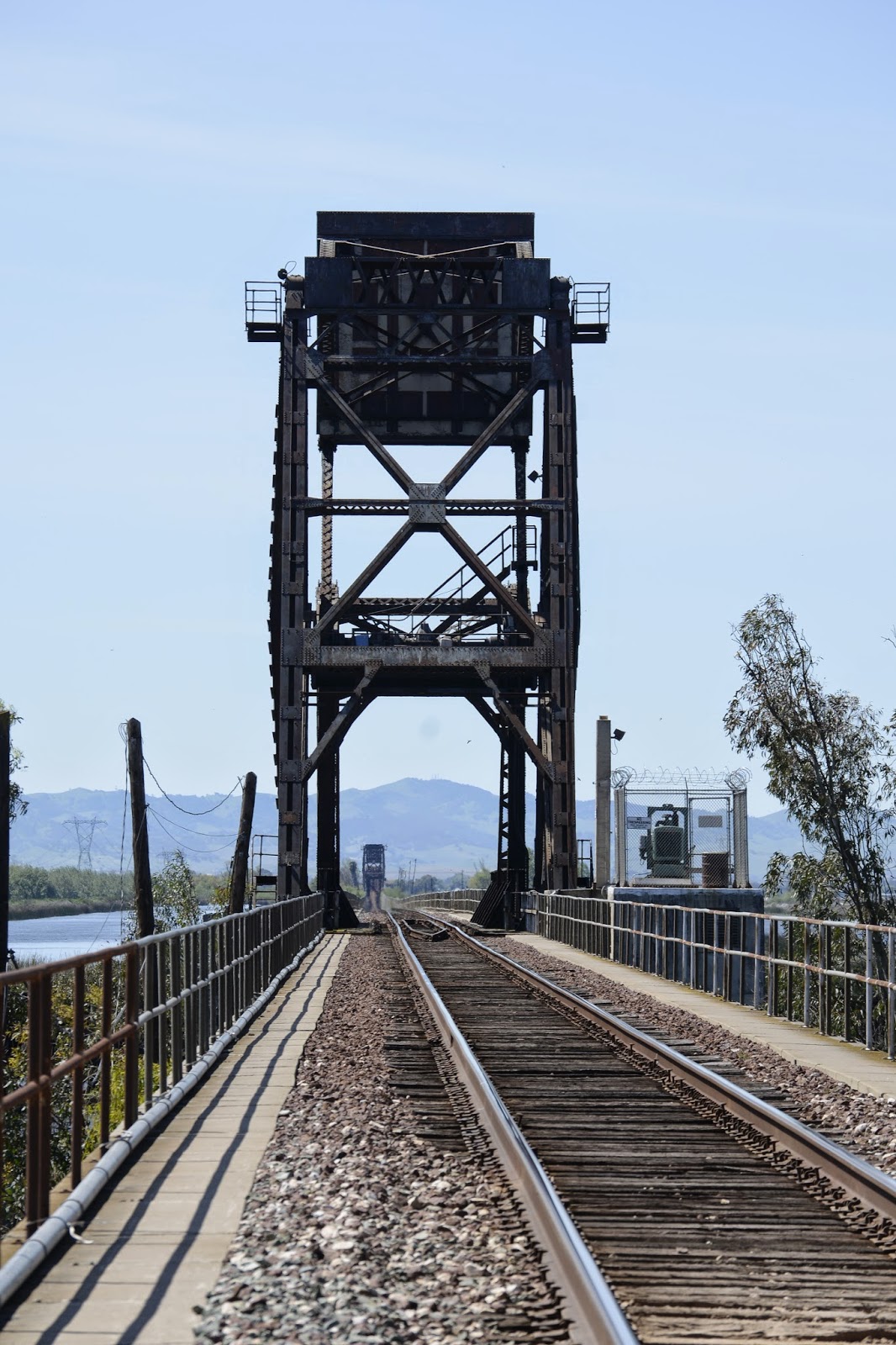 Railroad bridge engineers have little interest in bridge aesthetics, which results in their bridges having a very utilitarian appearance. Apparently, a lack of concern about aesthetics results in a strong aesthetic statement.
These bridges carry freight and passenger trains across the California Delta.