The Intracoastal Waterway widens to become Biscayne Bay between Miami and Miami Beach. Its a couple of miles wide and crossed by six causeways that we will look at over the next few days. I somehow missed the Broad Causeway to the north, but it can be studied on other websites. The North Bay Causeway is next (to the south) and includes long bridges between Miami, Pelican Island, North Bay Island, Treasure Island, and Miami Beach. The bridges at Miami and Miami Beach have bascule spans to allow boat travel through the Bay. The East Biscayne Bay Bridges (FDOT #870551 and 870085) are 17 span, 1030 ft long precast I girder bridges with a 90 ft bascule span in the center (see photo above). 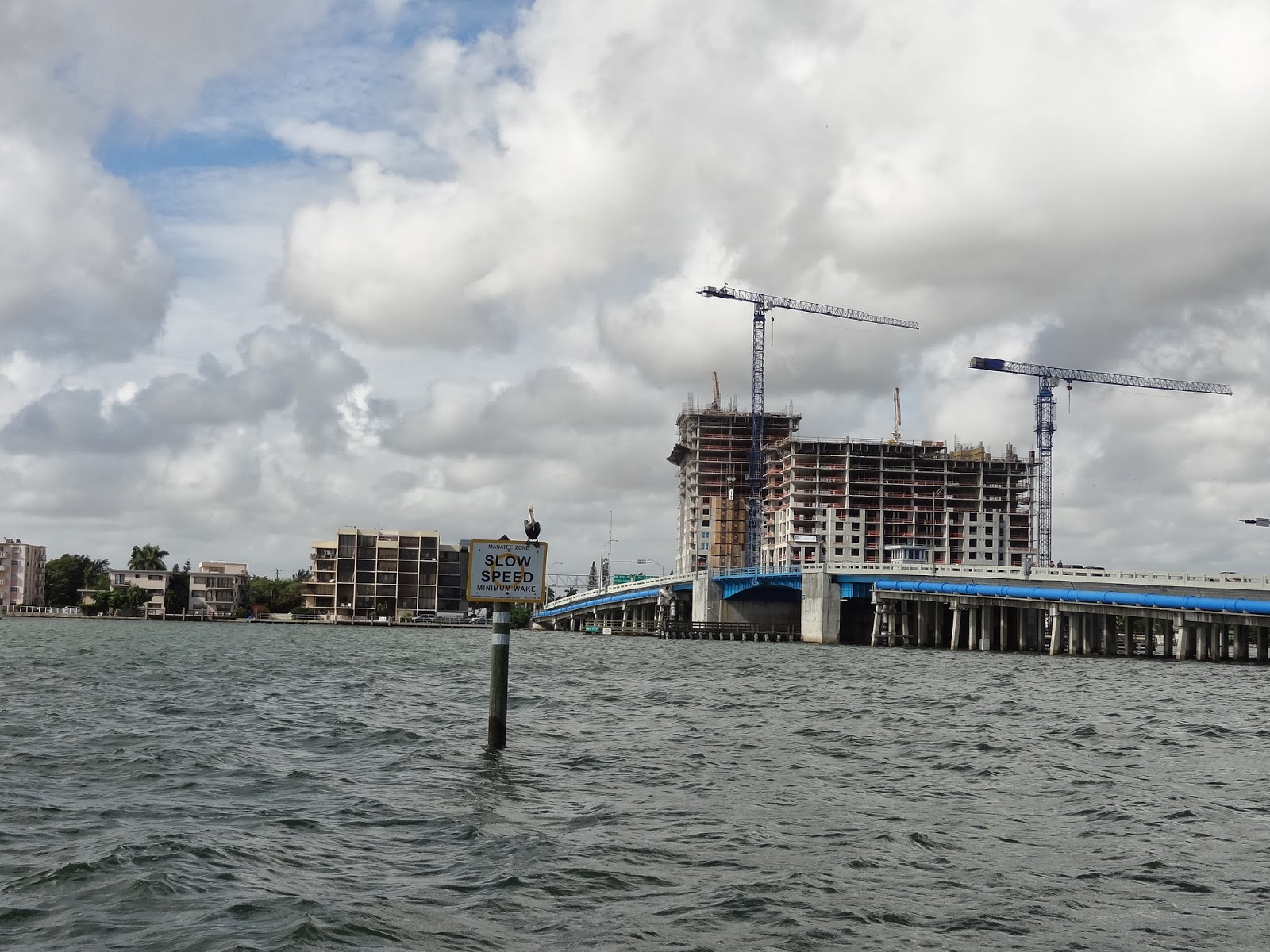