We came back from Florida to find California in the middle of a drought. The normally wide Folsom Lake had diminished to the rivers that existed before Folsom Dam was completed in 1955. 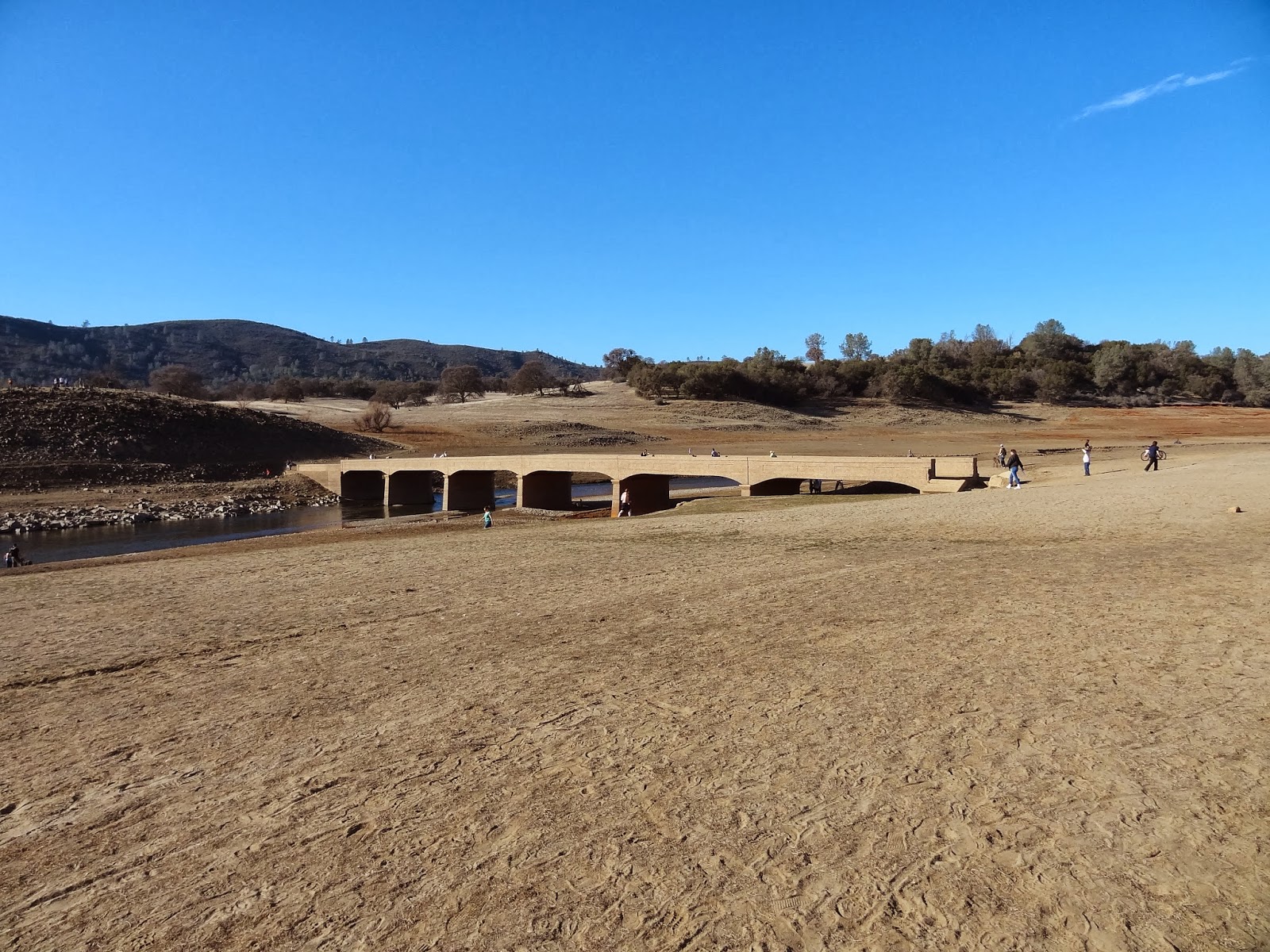 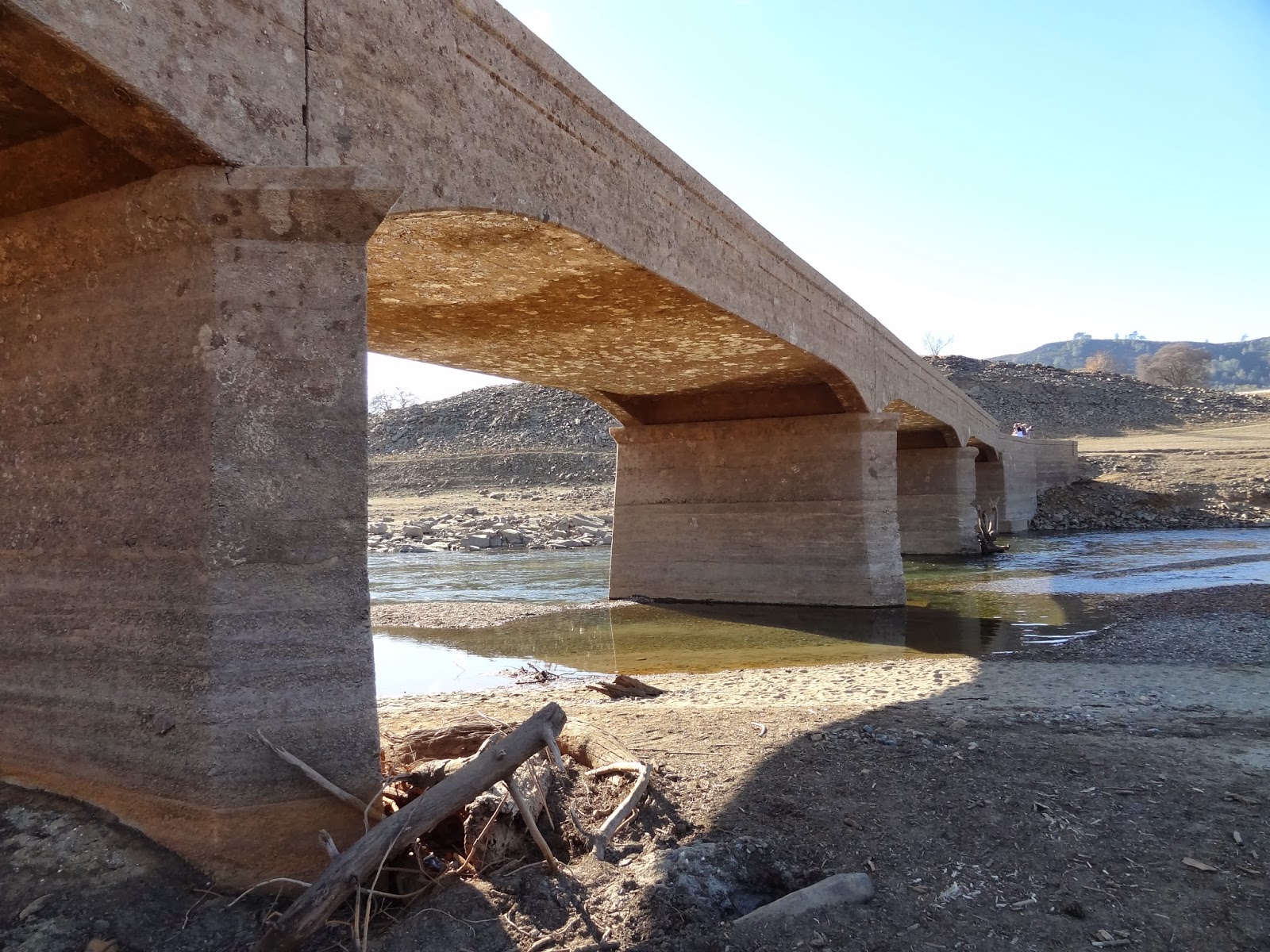 The old Salmon Falls Road Bridge was built in 1883.  It's about three miles upstream on the southern arm of Folsom Lake (which used to be the South Fork of the American River). The bridge had been built to connect the village of Salmon Falls with Mormon Island. 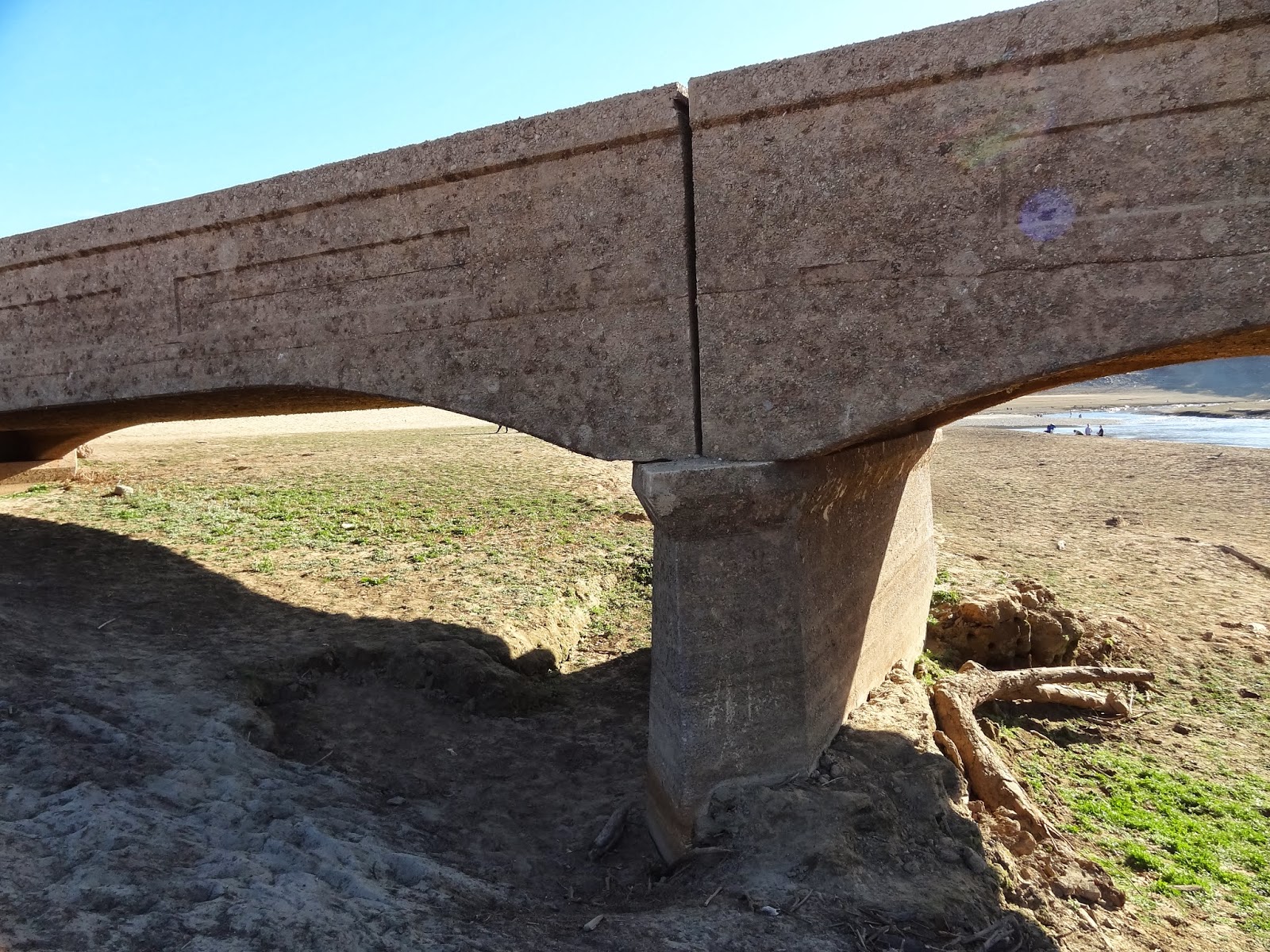 You can see the lake's normal boundary because that was where the brown grass ends. I was surprised at the hundreds of people that were examining the bridge when we arrived. Apparently, many people were curious about how the bridge would look after being submerged under water for most of the last 68 eight years. However, the bridge was in remarkably good condition. 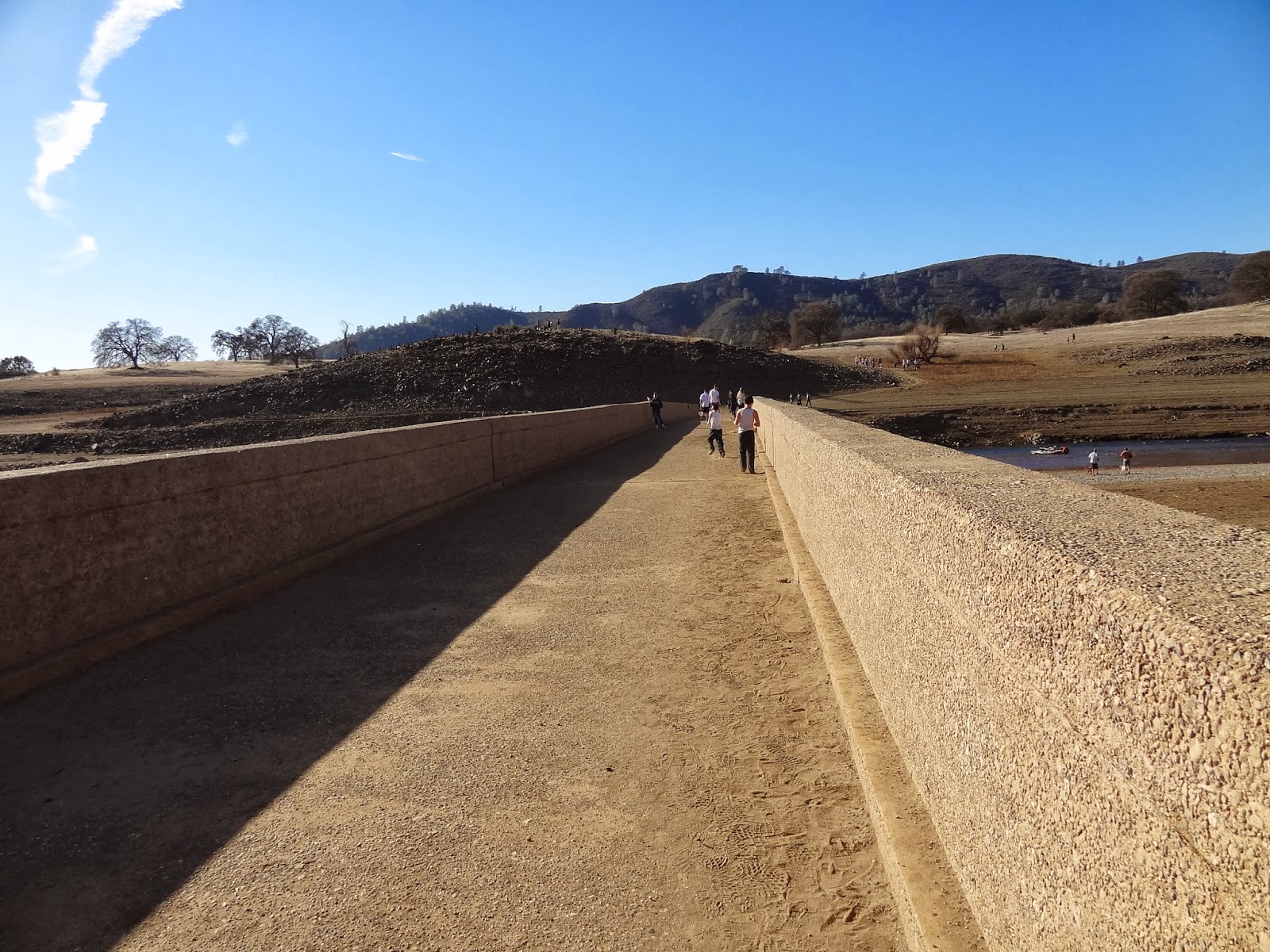 The old Salmon Falls Road Bridge is composed of six simple reinforced concrete spans resting on pier walls. Each span is a slab with concrete barrier walls that act like exterior girders and with a slight haunch to these girders under the soffit at the piers. The bridge surface is exposed aggregate, which may be just on the surface or perhaps the structural members are filled with these round pebbles. 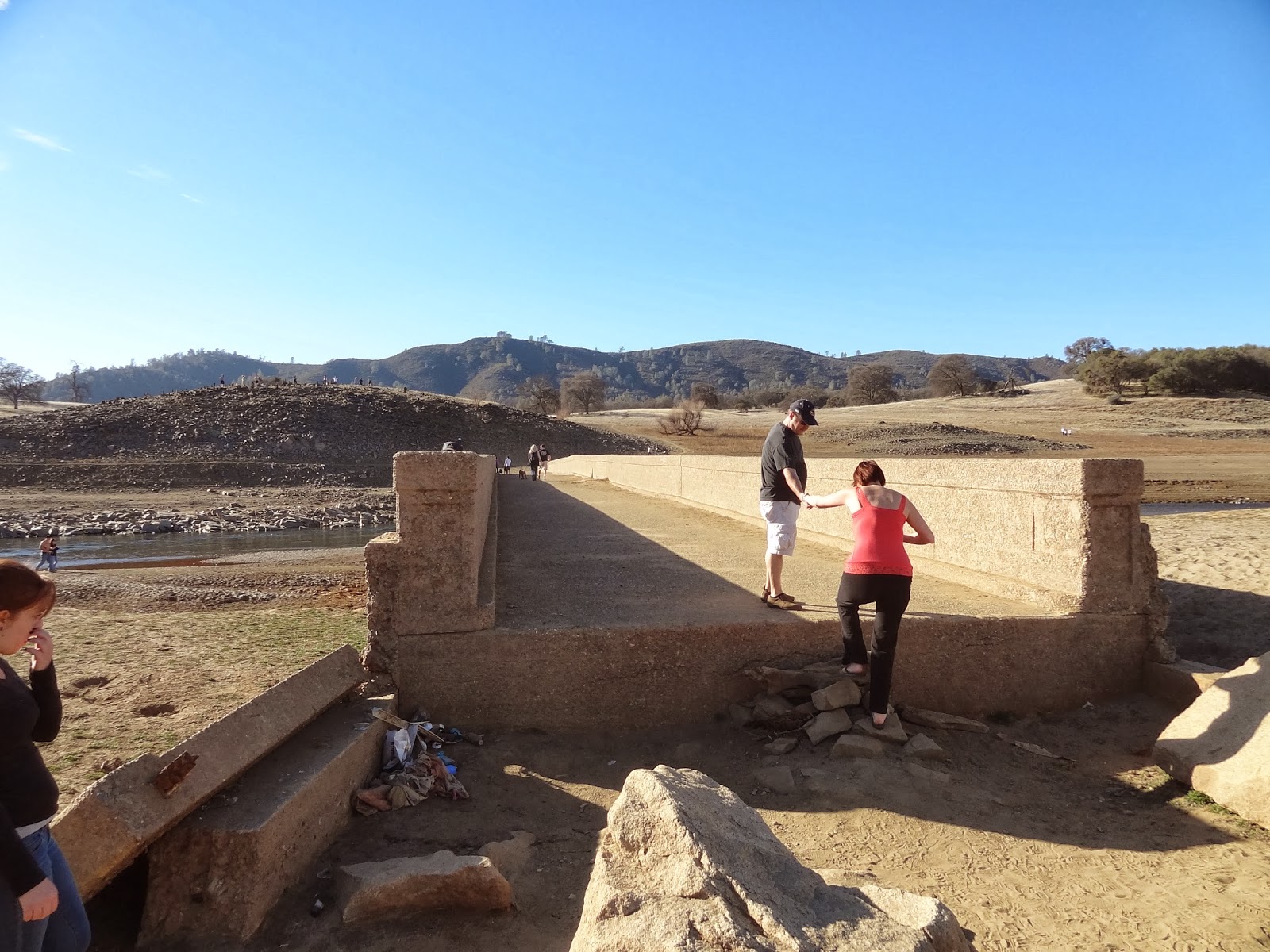 The only damage I could see to the bridge was that the spans were not perfectly centered on the pier walls and the approaches had washed away, causing the approach barriers to collapse. If the drought continues, the bridge could continue to function as a pedestrian bridge. 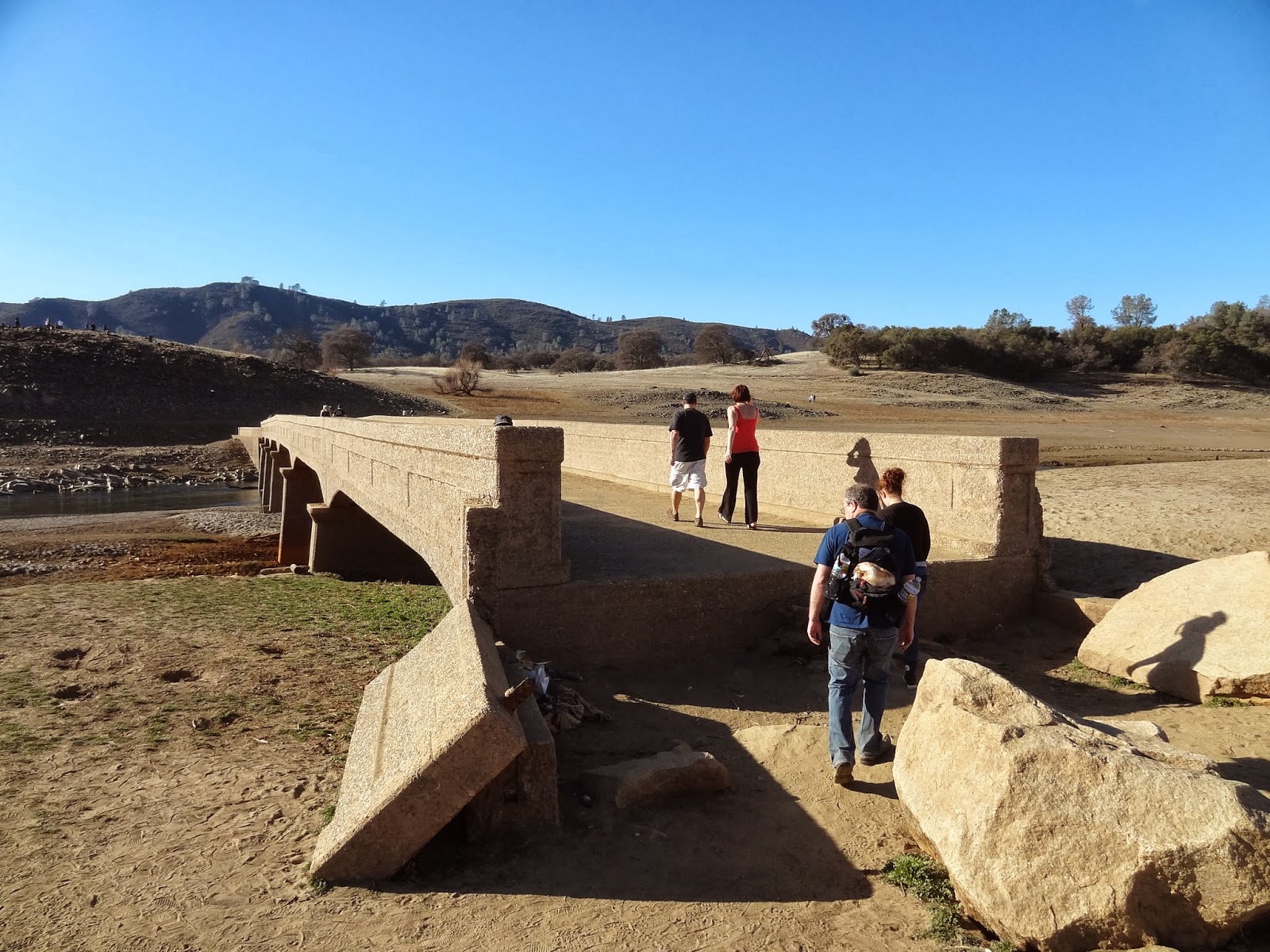 Sitting a little to the east of the Salmon Falls Bridge are the remains of another bridge that had once been used by pedestrians and equestrians to cross the South Fork of the American River. 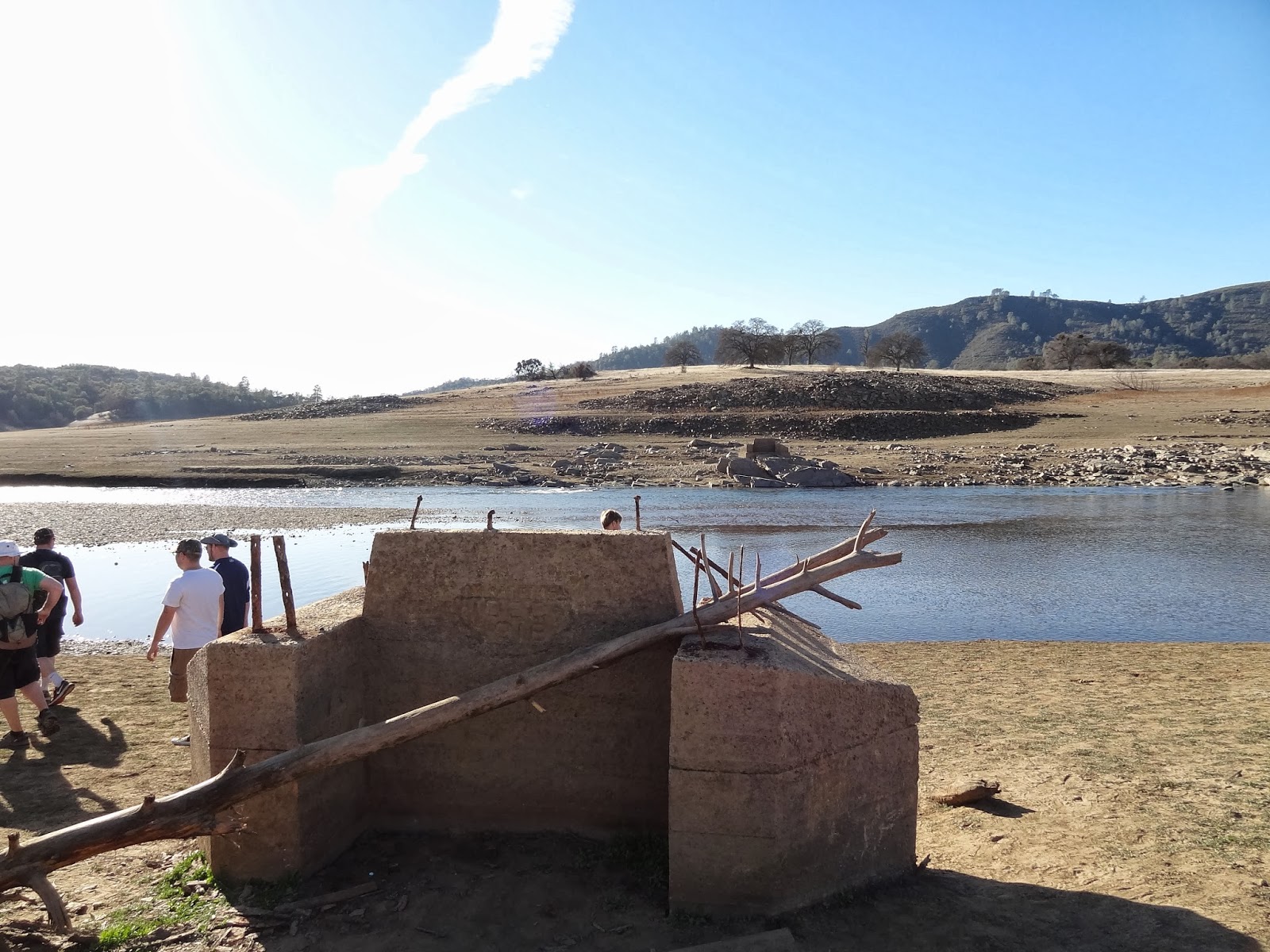 The abutments of the South Fork of the American River Pedestrian Bridge are all that remain of what was a long but narrow structure. The backwall is embossed with 'V. Watkins, December 1918' which must have been the builders name and the year the bridge was built. 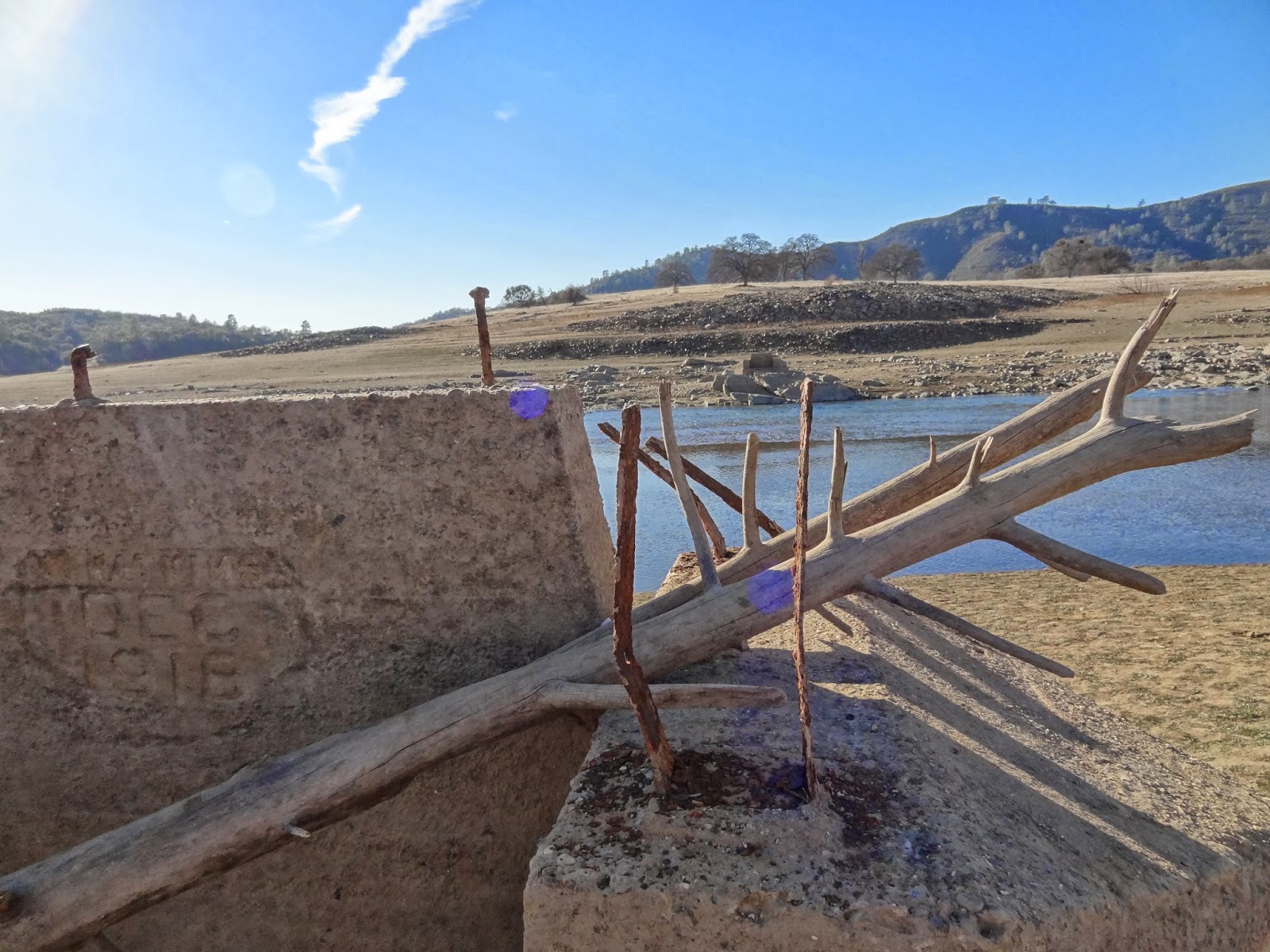 A variety of reinforcement is still protruding out of the wingwalls and backwall that may have supported a timber deck and rails. A little to the south of the pedestrian bridge is what looks like a single span bridge, which (like the pedestrian bridge) is gone except for the abutments (and maybe part of a concrete slab between them). The bridge looks like it crossed Sweetwater Creek, which drained into the South Fork, but I don't know the name of the bridge. 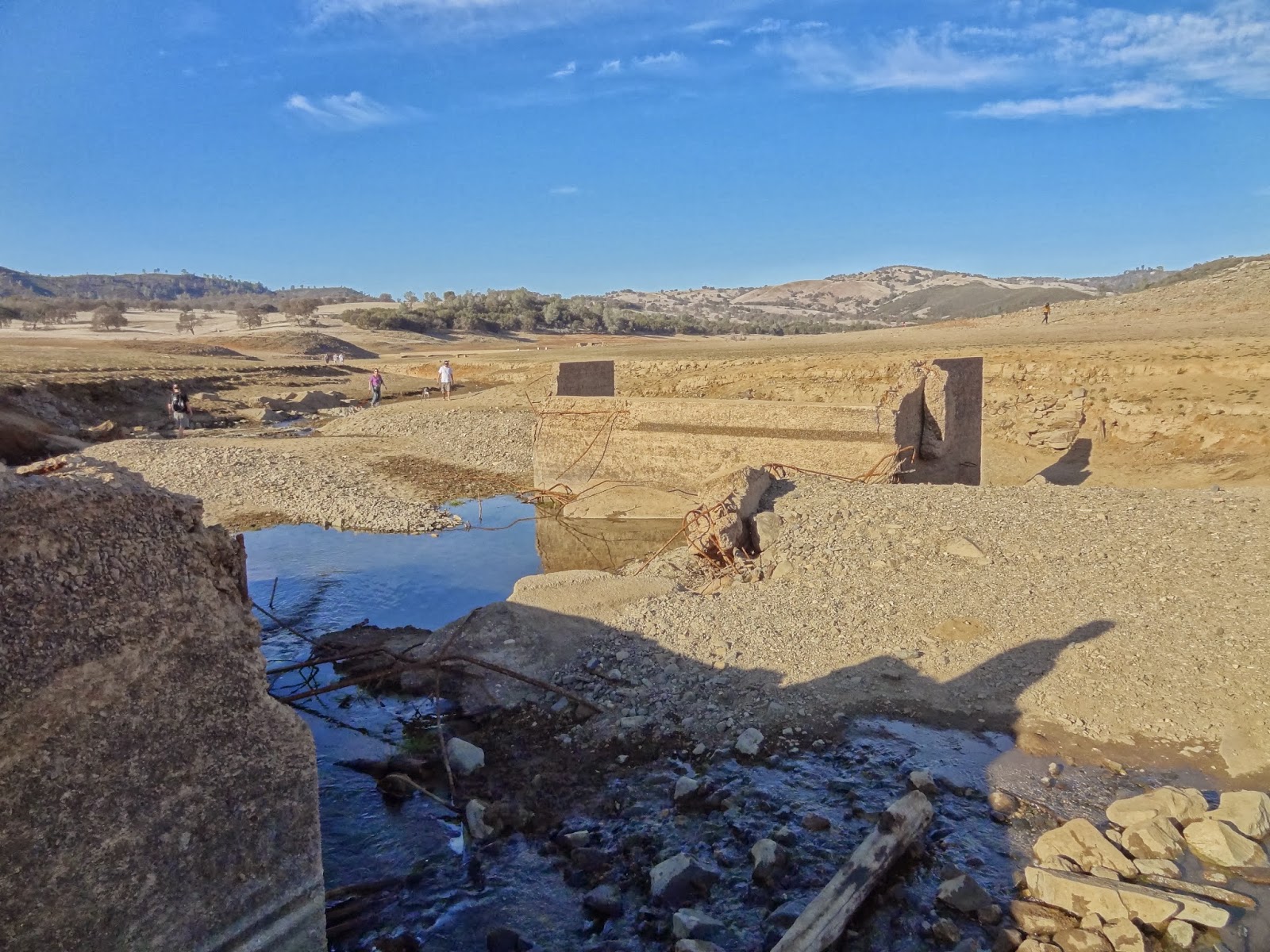 El Dorado County, California Bridges: Old Salmon Falls Road Bridge across the South Fork of the American River by Mark Yashinsky is licensed under a Creative Commons Attribution-NonCommercial-NoDerivatives 4.0 International License.
Posted by Mark Yashinsky at 9:00 AM