Bridges of Mexico: 150D/190 Interchange in the State of Puebla 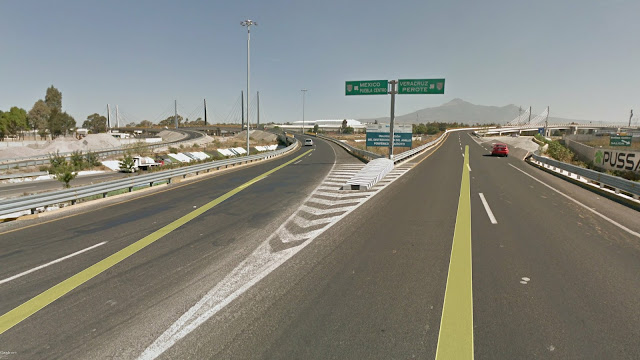 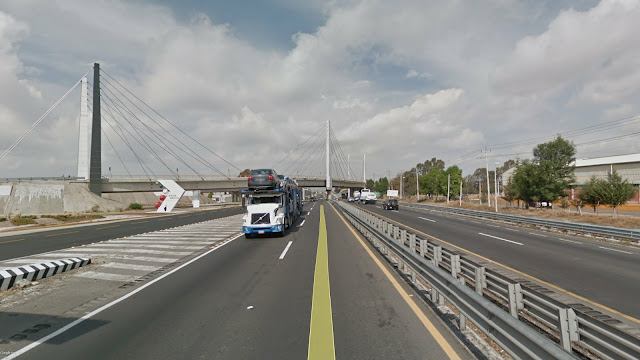 These are unusual cable-stayed bridges. The connector carrying traffic to downtown Puebla has towers on the sides of the piers supporting the 1st and 2nd and the 5th and 6th spans. The 4th and fifth spans are supported by towers on a multicolumn bent in the median of Highway 150D (shown in the Google Earth photo above). Even more unusual is the connector carrying traffic to Veracruz, which only has two tower bents and so the 1st, 4th, and 7th spans are not supported by cables (see Google Earth photo below). Also, the connector shown below has two big outrigger bents supporting the center span. The connector shown above has a fancy sign with colored balls near the abutment. 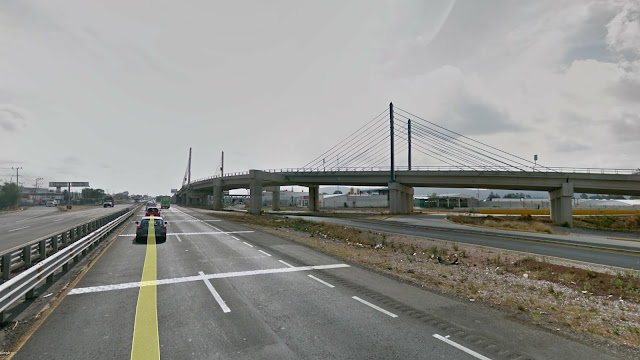 A stunning feature of this interchange is that it sits on the flank of La Malinche, an enormous volcano. in fact, on a clear day you can see volcanos all around the interchange; part of the Trans-Mexican Volcano Belt. On the two days we spent in Puebla it was overcast but you can see La Malinche clearly in the first Google Earth photo and also at the top of the Google Earth photo below (the interchange is identified with a yellow pin). Puebla's elevation is over 7000 ft above sea level. 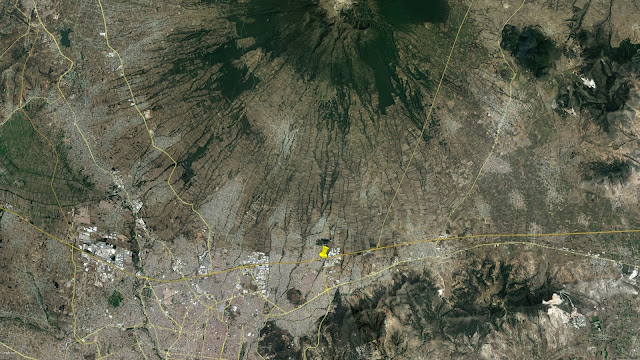 Hard to believe that there are so few Cable-Stayed bridges in California. I have photographed 28 in Germany and 39 in Turkey and I have spent lots more time in California. Do you have any idea, Why?