A bridge has been at this site since at least the Middle Ages. Oak piles were found at this location in the 1980s when they were building the subway. Arches from the bridge (shown below) were discovered on the left bank 100 meters from the current bridge, suggesting the river has changed its course over the years and explaining why the Place du Pont is located at some distance from the river. 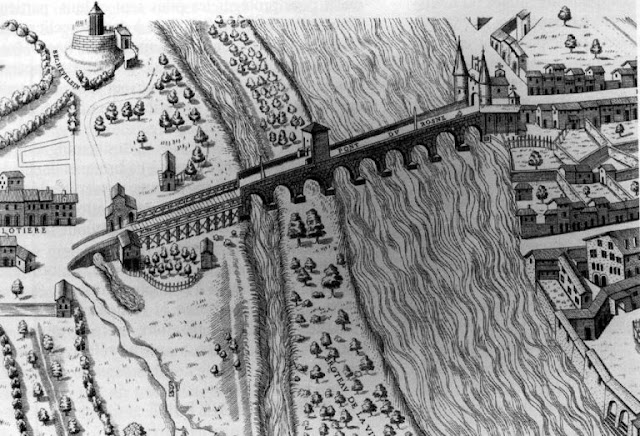 Guilotiere refers to a nearby town that was incorporated into Lyon in 1852. At that time the bridge provided passage over the river on a direct road to Italy and so many artists and merchants moved into the area and it also became the residence of waves of emigrants seeking a better life. 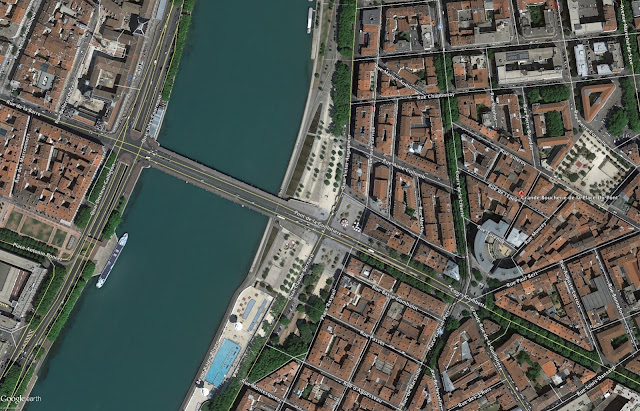 The current Pont de Guilotiere was built in 1953 after the previous bridge was destroyed by the retreating German Army at the end of WWII. 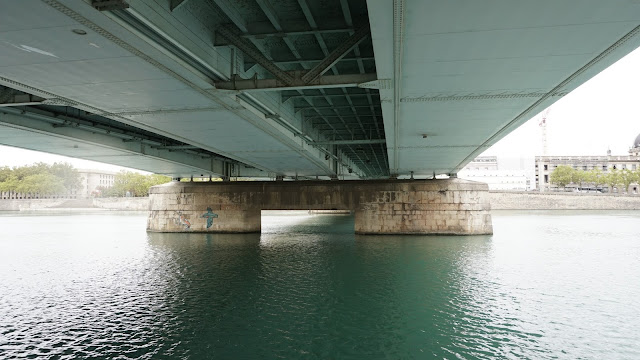 The superstructure is composed of three steel boxes connected with cross bracing and steel I-girders for the top deck. It sits on stone piers and abutments, perhaps from the earlier bridge. However, the current bridge is much wider, so the new substructure must have been reassembled from old stone. 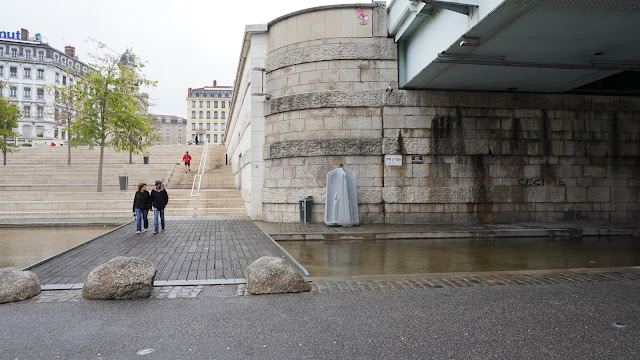