Almost unnoticed from the road are several old arch bridges crossing San Anselmo and Corte Madera Creeks in the towns of San Anselmo and Ross. Some of the bridges, like the Sir Francis Drake Bridge (27C0050), have such dense vegetation that it's impossible to see the arch without a machete to clear the brush. The nearby Shady Lane Bridge (27C0078) shown below was designed by John B. Leonard and is on the list of historic places.

Other structures like the Winship Road Bridge (27C0074) shown below are in need of maintenance and must act like a dam during heavy rains. 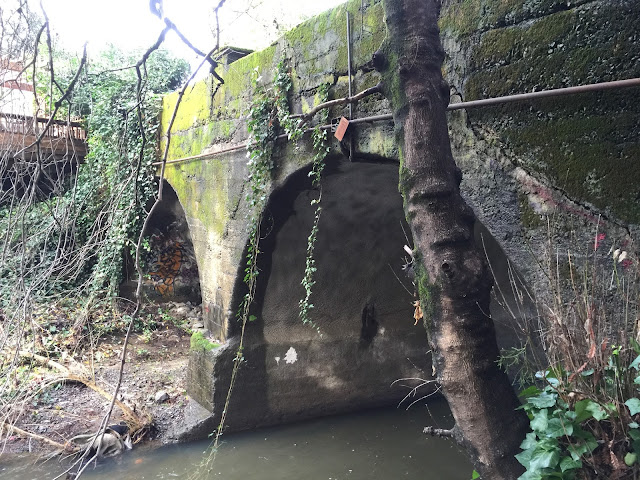 Modern structures like the Center Avenue Bridge (27C0101) shown below have more headroom for floods and are in better shape. However, this bridge is scheduled to be replaced as part of a flood control project. 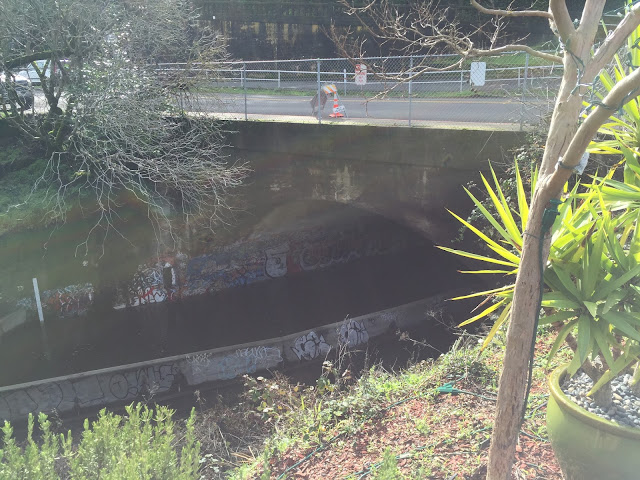