After several miles along the north bank of the North Fork, State Route 70 returns to the south bank on a highly skewed bridge with two camelback pony truss spans over the river. 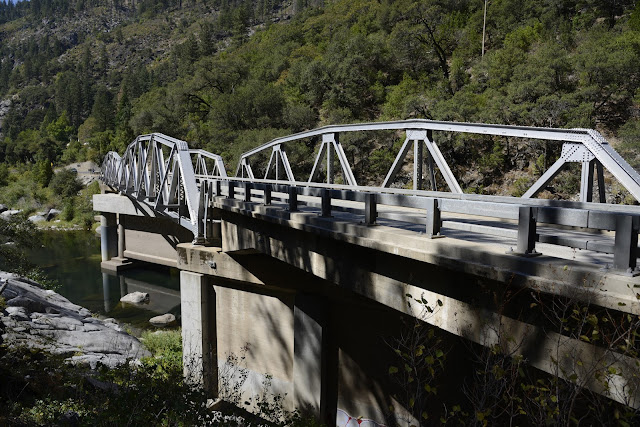 The Storrie Bridge (named after a nearby town) is a 360 ft long bridge that was built in 1936 by the Judson Pacific Company. It appears to be in good condition and it's eligible for the National Register of Historic Places. The original substructure was pier walls but it looks like a super-bent was built around at least one of the piers to improve its lateral capacity for earthquakes. 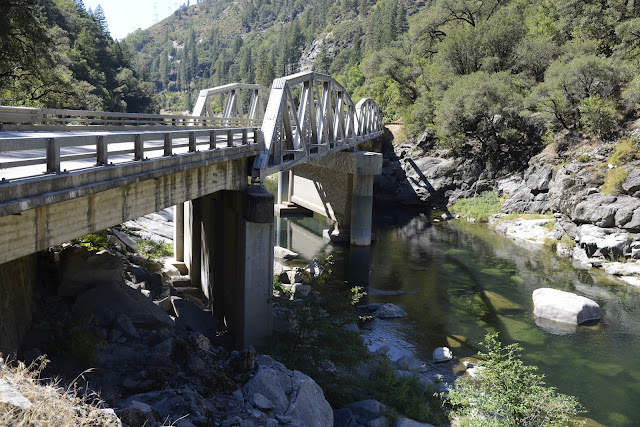 Pony truss bridges are nice because they don't have the vertical clearance problems of through truss bridges. However, the high skew must put some weird stresses on the girders whenever a big truck drives by.

Plumas County, California Bridges: Storrie Bridge across the North Fork of the Feather River by Mark Yashinsky is licensed under a Creative Commons Attribution-NonCommercial-NoDerivatives 4.0 International License.
Posted by Mark Yashinsky at 9:00 AM