Just downstream of the Oroville Dam are the Upper Thermalito/Table Mountain Bridges. The truss bridge was built in 1907 and carried Business State Route 70 until it was replaced by the adjacent box girder bridge in 1982 (the older bridge was retained for pedestrian and bicycle use). 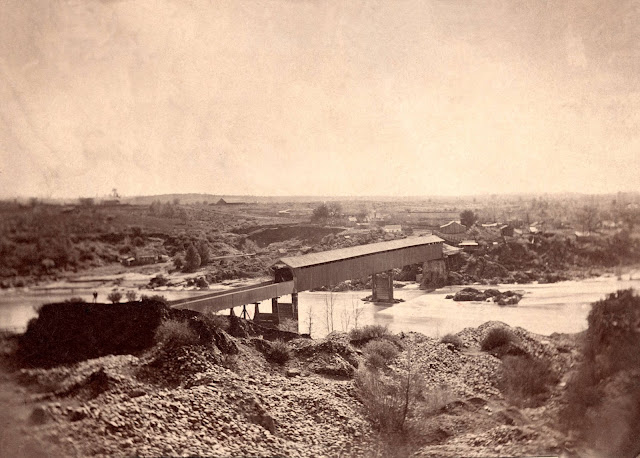 The history of bridges across this part of the Feather River is a history of floods. The first bridge at this site was a covered bridge that was built in 1870 (see photo above courtesy of CDWR). Truss spans were eventually added to the bridge, but it was destroyed by flooding in 1907. It was replaced by the current truss bridge, which was inundated (but not damaged) by flooding in October of 1962, just before the dam was built. 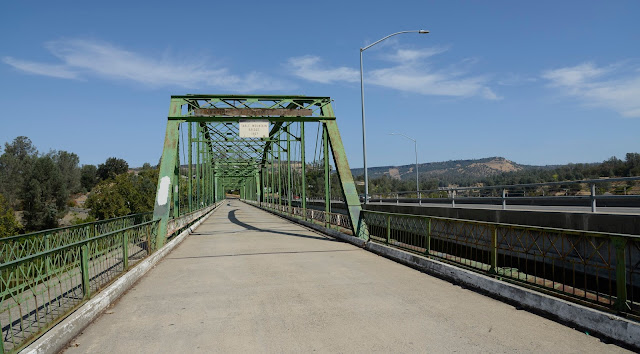 The 1907 bridge is a 665 ft long, three span Parker (camelback) through truss bridge, with a 215 ft long river span. The adjacent Feather River Bridge (12C0221) is a five span prestressed concrete continuous box girder bridge with a slightly longer (218 ft long) center span. I like how both bridges have the same hexagonal-shaped concrete piers. In the photo above we can see Table Mountain in the distance. Thermalito is a town just west of Oroville. There's a fish hatchery and a smaller dam just below Table Mountain in the photo. 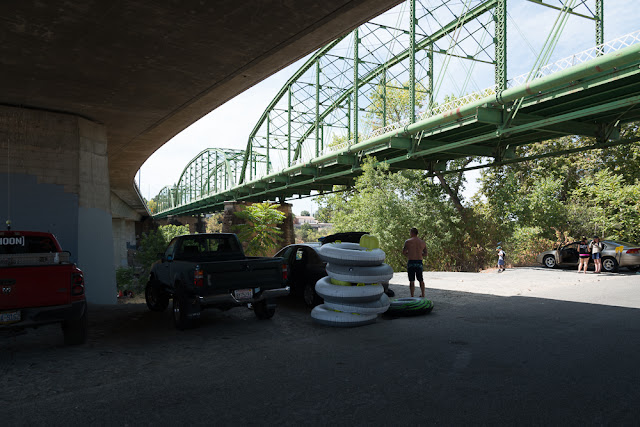 Butte County, California Bridges; Upper Thermalito/Table Mountain Bridges across the Feather River by Mark Yashinsky is licensed under a Creative Commons Attribution-NonCommercial-NoDerivatives 4.0 International License.
Posted by Mark Yashinsky at 9:00 AM