Since I haven't written in a while, I thought I'd take advantage of a recent field trip I made to the Buchanan Field Viaduct (28 0186) in Concord, California to write a new blog post. This structure was originally left and right bridges built in 1964 with a center and outside widening added in the 1990's. The bridge is on a high skew and so damage at the abutments was assumed to be a result of the tendency of skew bridges to rotate. However, when the environmental document for repairs went across our geologist's desk, she immediately recognized it as one of the fault crossings we were concerned about. 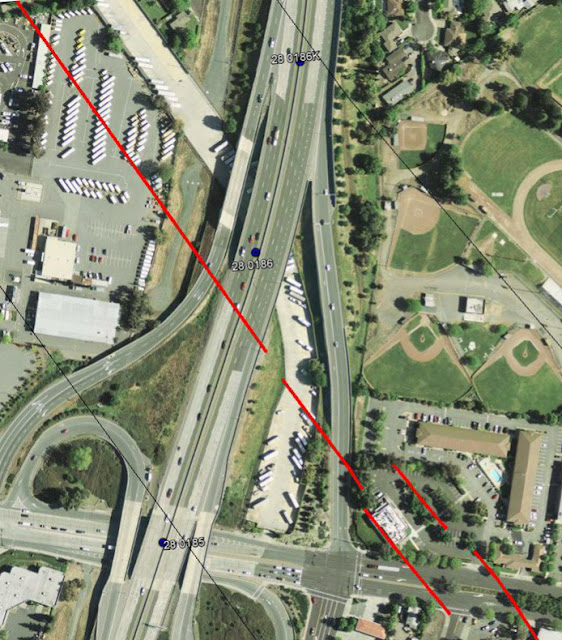 Most of the damage was at the southeast corner where creeping of the Concord Fault is pushing the abutment against the superstructure. The fault moves at about 4 mm a year, and so after many years, the wing wall/shear key is being crushed. California has a number of the bridges where an abutment is slowly moving due to a nearby fault. The question is how much should be spent due to serviceability problems from the creep and due to the fault eventually rupturing during a future earthquake. 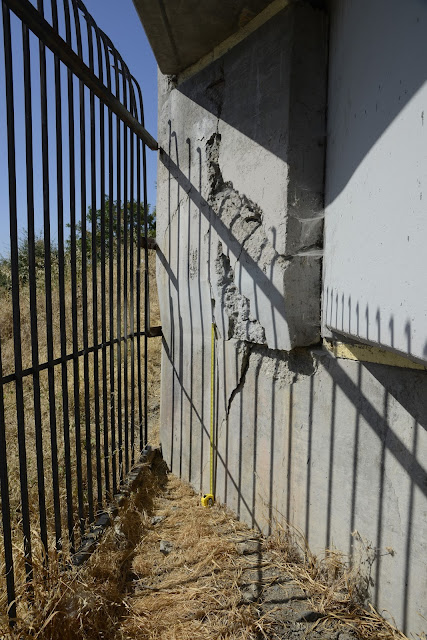 Contra Costa County, California Bridges: Buchanan Field Viaduct across the Concord Fault by Mark Yashinsky is licensed under a Creative Commons Attribution-NonCommercial-NoDerivatives 4.0 International License.
Posted by Mark Yashinsky at 11:13 AM