The Farwell Underpass (33 0035) is an old railroad bridge that was built as part of the First Transcontinental Railroad. However, parts of it have been replaced over time. For instance, the steel plate girder bridge across SR 84 must have been built later, since the 'Mission Trail' may have been the only road through the canyon when the railroad was built. Similarly, the big pin connected Pratt trusses replaced older Howe trusses in 1896. The only part of the original bridge that is still standing may be the big masonry piers that continue to support the superstructure. That may have been enough to make the bridge eligible to be registered as a historic place. 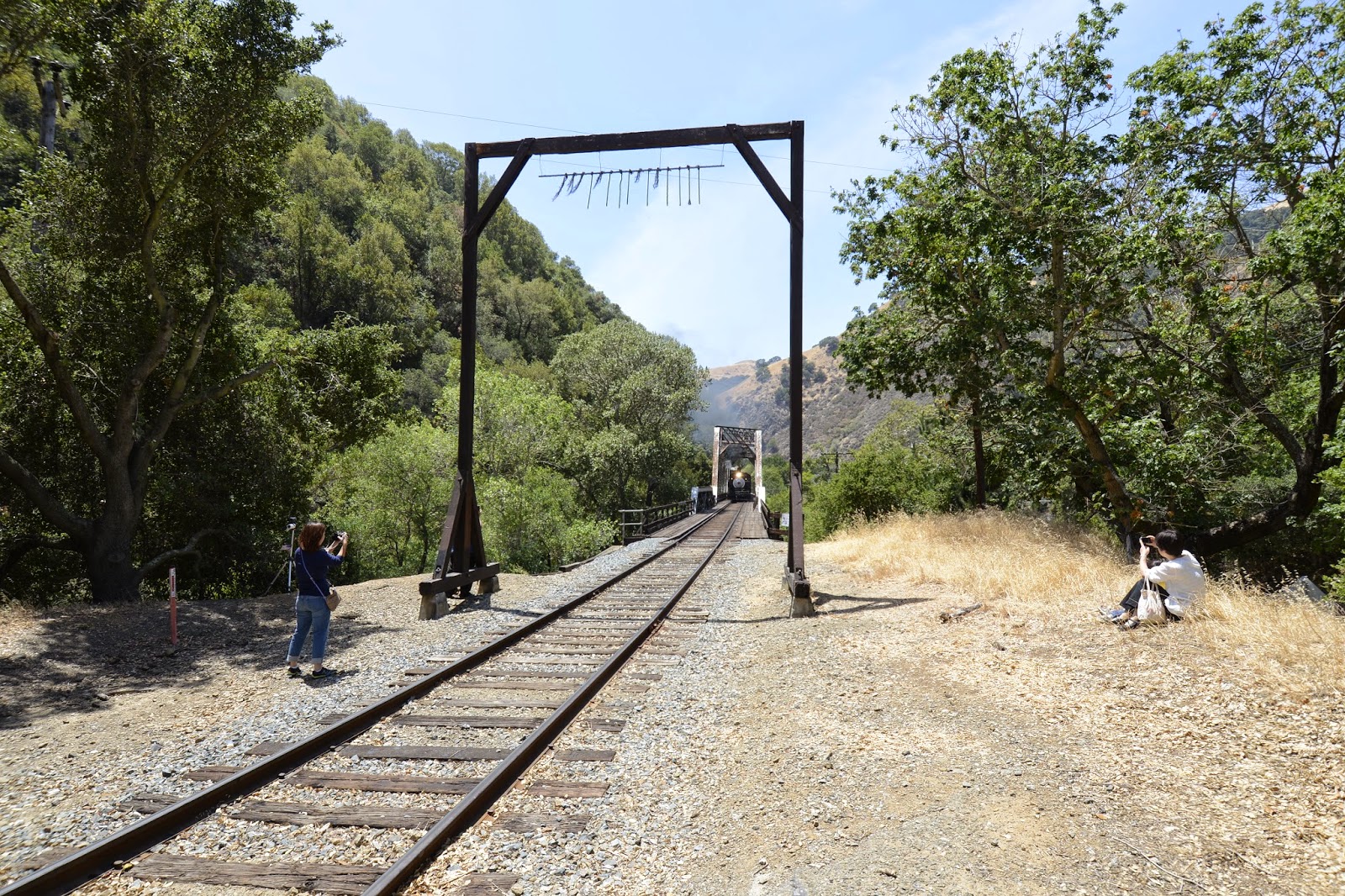 Like the previously studied Rosewarnes Underpass, considerable effort was made to skew the bridge rather than build the spans a little longer. Since the bridge has carried heavy trains for over 100 years, I guess it was worth it.
We were fortunate that an old locomotive (perhaps built for for the Transcontinental Railroad) came by while we were photographing the bridge. Many tourists were on the embankment waiting with their cameras. 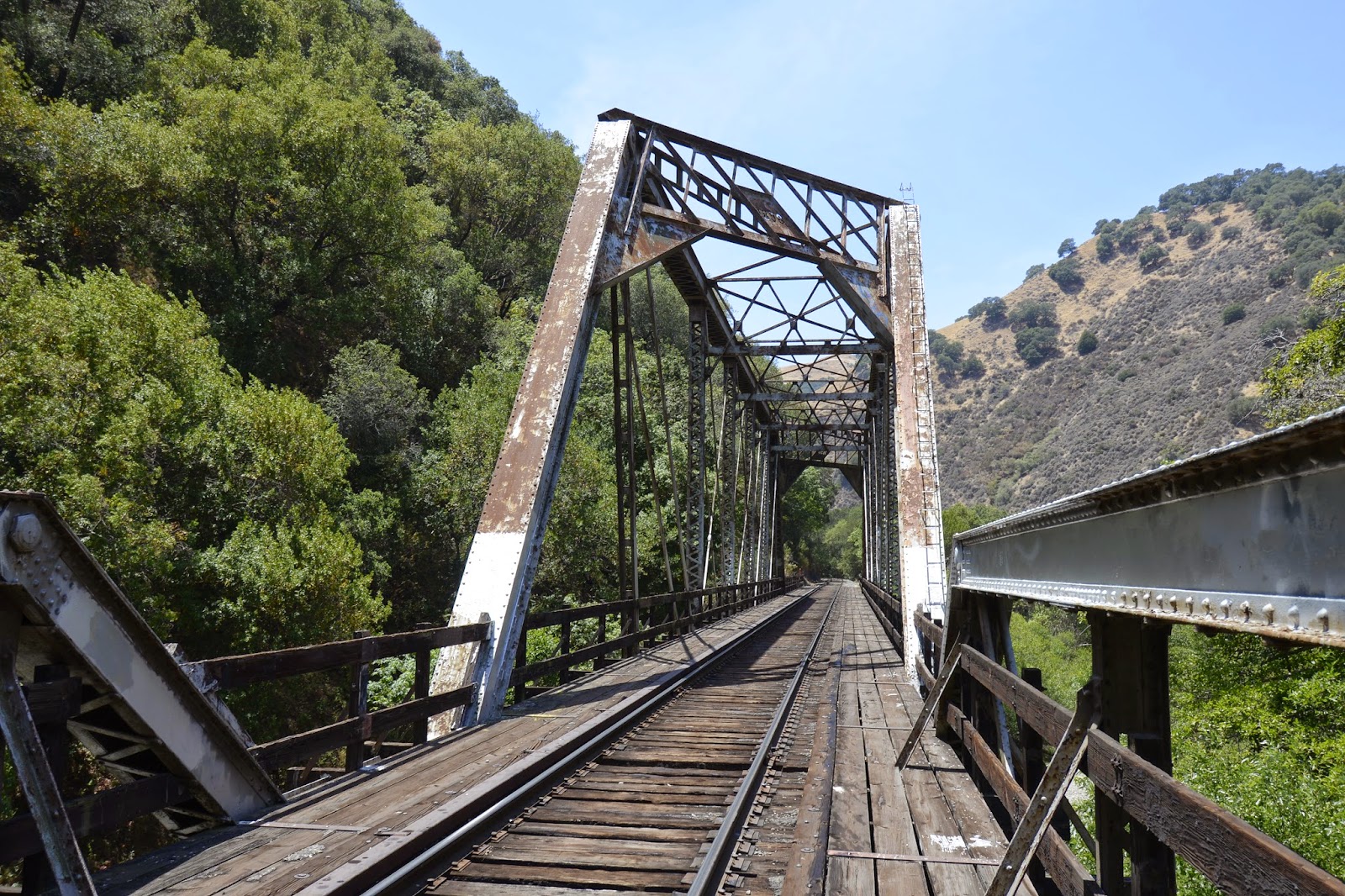 The Farwell Underpass is a 448 foot long railroad bridge built in 1865 by the Western Pacific Railroad (WPRR) for the Transcontinental Railroad between Sacramento and San Francisco. WPRR was taken over by the Central Pacific Railroad (CPRR) in 1867. All the railroads eventually merged into the Southern Pacific Railroad. The piers were designed and built by the WPRR. The trusses were rebuilt by Edgemoor Bridge Works in 1896. The approaches were rebuilt by the American Bridge Company in 1905 and rebuilt again by Virginia Bridge and Iron in 1932. 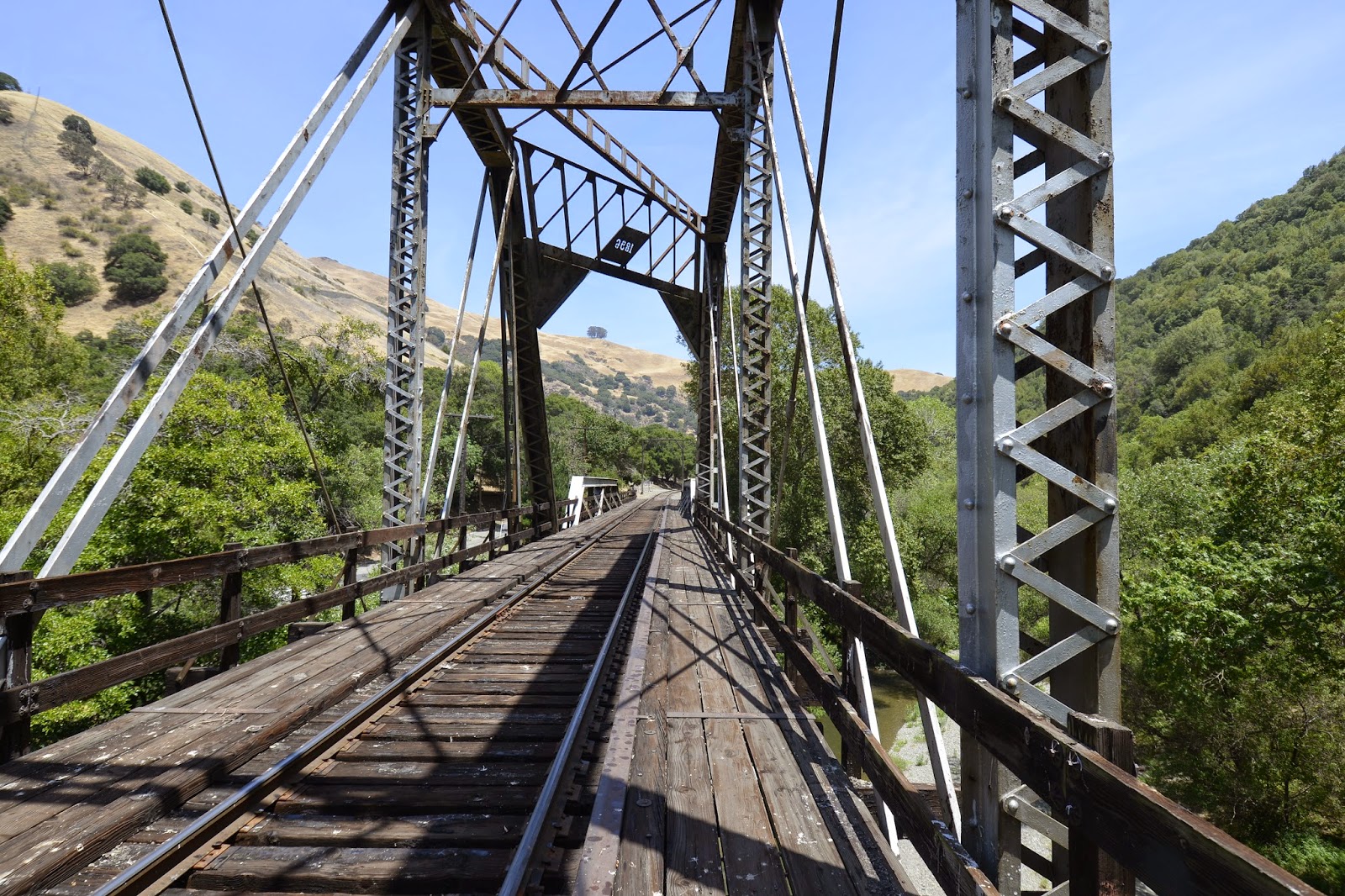 Alameda County, California Bridges: Farwell Underpass across SR-84 and Alameda Creek by Mark Yashinsky is licensed under a Creative Commons Attribution-NonCommercial-NoDerivatives 4.0 International License.
Posted by Mark Yashinsky at 9:00 AM