During the earthquake, the end of one of the continuous five span T girder superstructures was pulled backward until it came off its bearings and fell into the reservoir. Was this the result of ground shaking, liquefaction, or ground movement? Divers reported that the piles were damaged. There was a permanent offset at the expansion joints of about half a meter (see below). The main fault trace was several miles away so I'll say the damage was due to ground shaking. 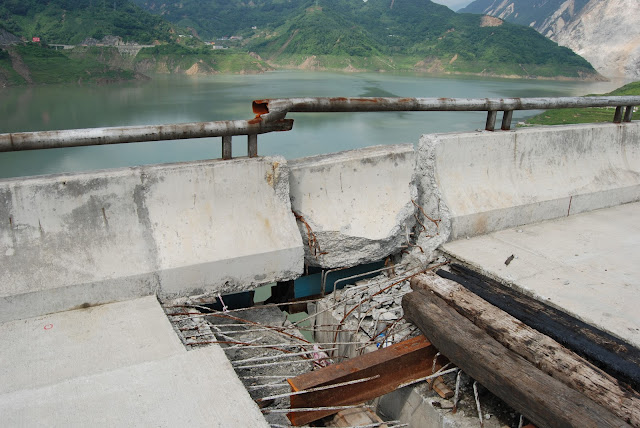 The damaged piles were replaced, a new span was added, the expansion joints were repaired. The Duwan highway was completed a few months later than was originally anticipated. 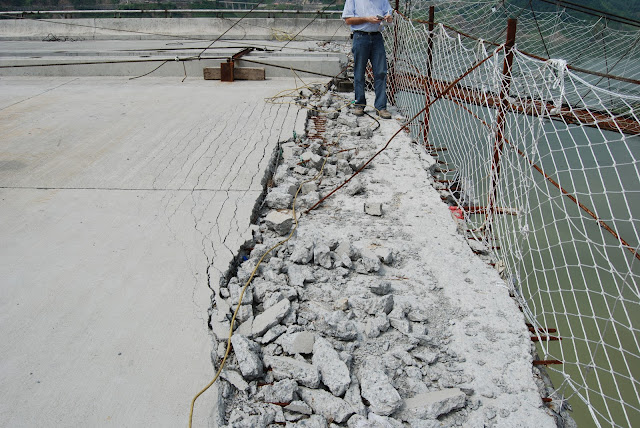