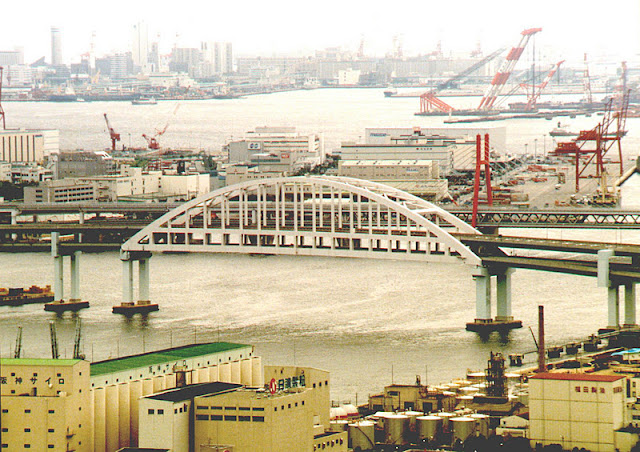 The westernmost structure on the Wangan Expressway is the Rokko Island Bridge. It is a 217 m long double-deck steel Lohse Arch. The arch is supported on two-column steel bents on closed caisson foundations. It was completed in 1992 at a cost of 7.5 billion yen.

During the 1995 Kobe Earthquake, the arch almost fell off the bent but it was stopped by a jacking box at the east end of the bent caps. However, the arch had been damaged and so it was replaced using floating cranes (like those seen in the background of this photo).